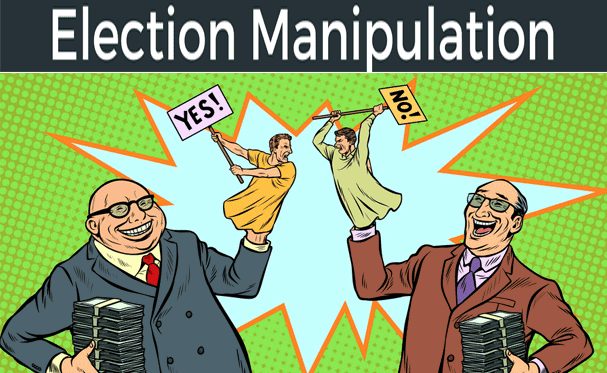 Why is the News Observer trying to manipulate an election? Is Glenn Harbinson trying to help someone win? You don’t know me but you sure want to judge me. When I decided to run for Georgia House District 7 I knew the media would attack me. I was ready for it and I know why they don’t want the good people from the 7th district to have a real representative.

I have tried to make this campaign about the issues. It is clear I won both forums and the other candidates have a lot to learn when it comes to the issues. So if you can’t win on the issues, use the fish wrap New Observer to attack me on something that happened nearly 30 years ago.

Yes something happened in Pennsylvania that is of public record. But the Georgia Secretary of States wants you to believe that I knowingly voted while serving a felony sentence. Never happened! I did vote every time they said, but never illegally.

The News Observer and AJC fail to tell the entire story. Yes, for those who think a person charged with a felony can’t vote, wrong. First, in the state of Pennsylvania the only time you lose your voting rights is if you are incarcerated. Considering I have never spent a night in jail in my entire life…(can everyone say that) I never lost my voting rights in PA. Once your sentence has expired you can vote in the state of Georgia. Yes it’s true!

One question that no one asks, why has the Secretary of State office sat on this allegation for 7 years? Why did this suddenly come up for the Attorney General’s office on the Friday before qualifying for office on Monday. Why was this sent to the media before it was sent to me and my attorney?  The answer is simple: manipulate an election. 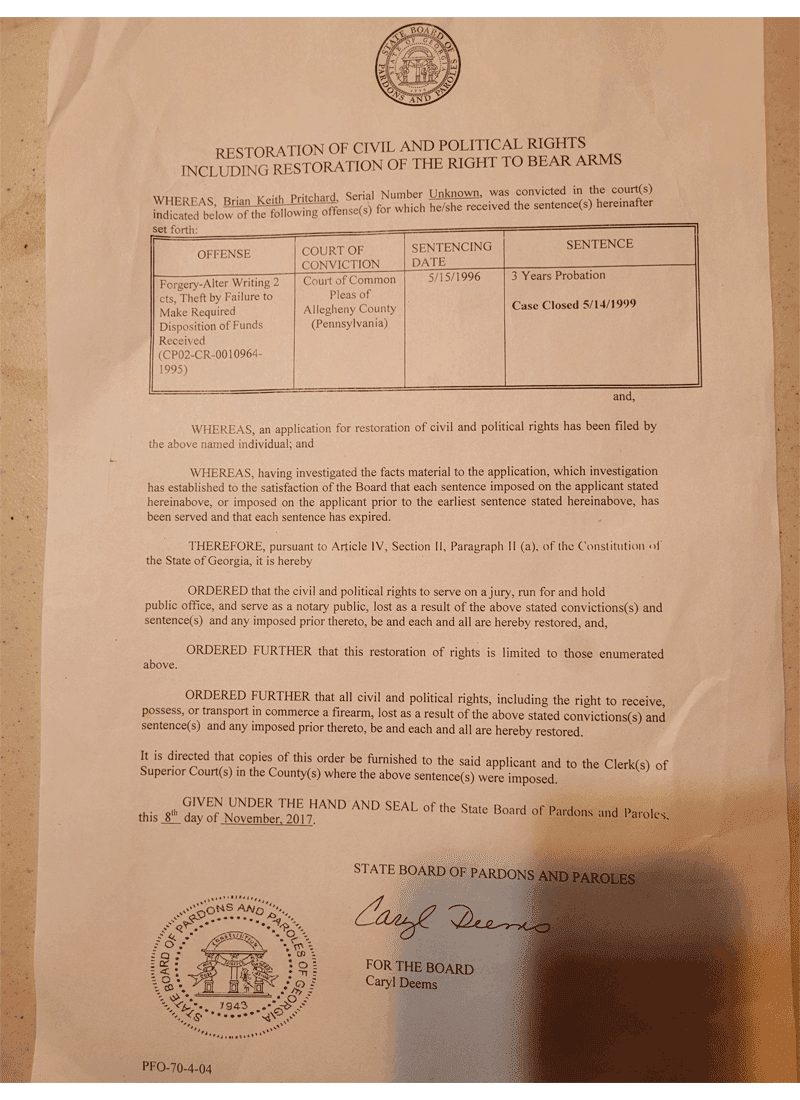 While the SOS falsely claims the case was still active and didn’t close until 2010. According to my document I never knowingly voted while serving a felony sentence and the law clearly states “knowingly”.

Not long ago the Attorney General’s office offered me what I considered extortion to sign a document showing no guilt and to pay a $4000 fine and they would close this case. I said absolutely not! Why would I pay them for something when I did nothing wrong? 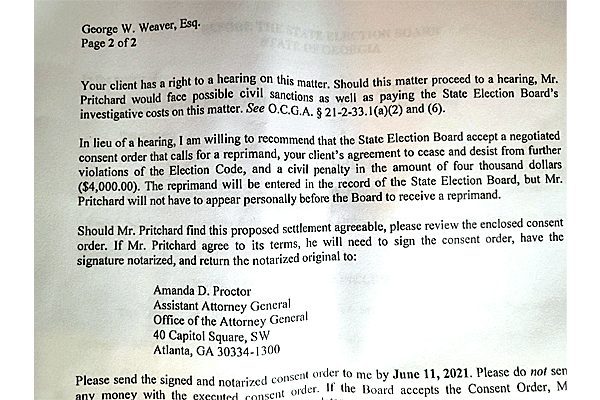 $4000 offer to admit I did nothing wrong

Now they want to try to manipulate an election and try to make me look like public enemy number one. They want to take me to court in Fannin county and try to fine me upwards of $30,000. All because I did nothing wrong, did not accept their $4,000 extortion, and it was very convenient timing to disparage my name. Wouldn’t it be nice if the Georgia SOS looked for real voter fraud and the Attorney General spent your tax money prosecuting gang violence and drug cases.

You know the expression, it’s as clear as the nose on my face… Glenn Harbinson with the News Observer is trying to manipulate an election. But for who? Johnny Chastain or the woman who is trying to play the poor little widow woman Sheree Ralston. 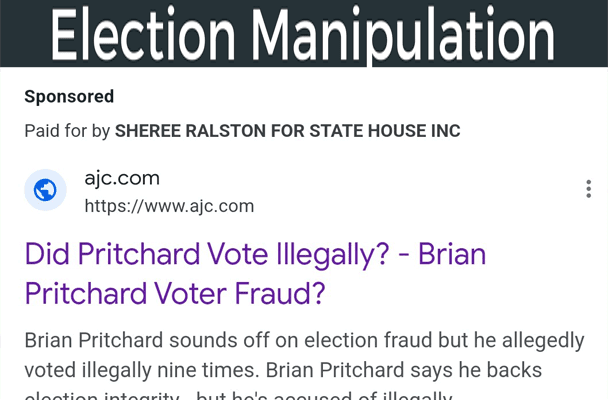 The one who is paying big money running ads, ads depicting “Did Pritchard vote illegally?”   Why would she run this ad knowing her late husband David Ralston knew my entire story. Don’t fall for her act.

I’m not public enemy number one. I’m 58 years old. Married to my lovely wife Lisa. Father to two great kids Brian Keith and Vanessa who have blessed me with five grandkids. I do not use any drugs and haven’t even tasted alcohol since I was nineteen. I have never spent a night in jail and I think it has been over twenty years since I’ve had a speeding ticket. My wife was born and raised here and every once in a while I hear “I’m from here.”  I have been here for 21 years and we are small business owners. We own FetchYourNews.com and our number one focus for the last 12 years has been to highlight our young people in the district. Our sports department TeamFYNSports tagline is “highlighting and promoting young athletes in a positive way.”

It’s time we have a representative that is focused on keeping Atlanta drugs and crime out of our North Georgia Mountains.  We need to stop drug cartels from operating in our district, protect parents rights and protect our children from this government’s “WOKE” agenda.

We are tired of self-serving politicians. You know the ones that get elected and are only worth around 200k and come back worth millions. Serving the people should never be a million dollar open door to corruption. Look at all the candidates and ask yourself why they are running for this office and then take a look at me and know I am running for no other reason than to serve the people. 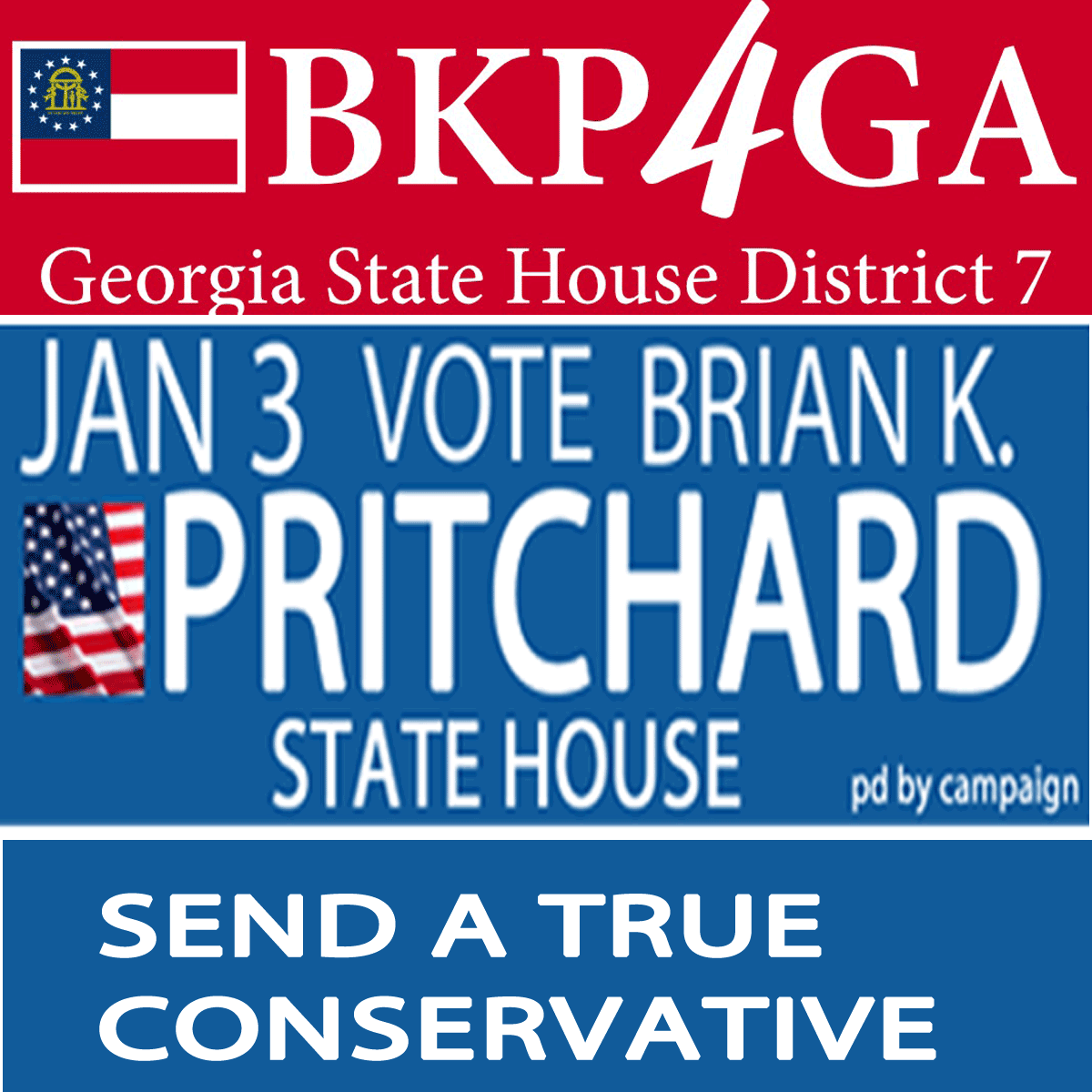 Don’t let media like the News Observer and AJC lie and try to manipulate an election. Trust the only candidate in the race who reads the bills and knows the issues.

My name is Brian K. Pritchard and I ask for your vote on January 3rd.