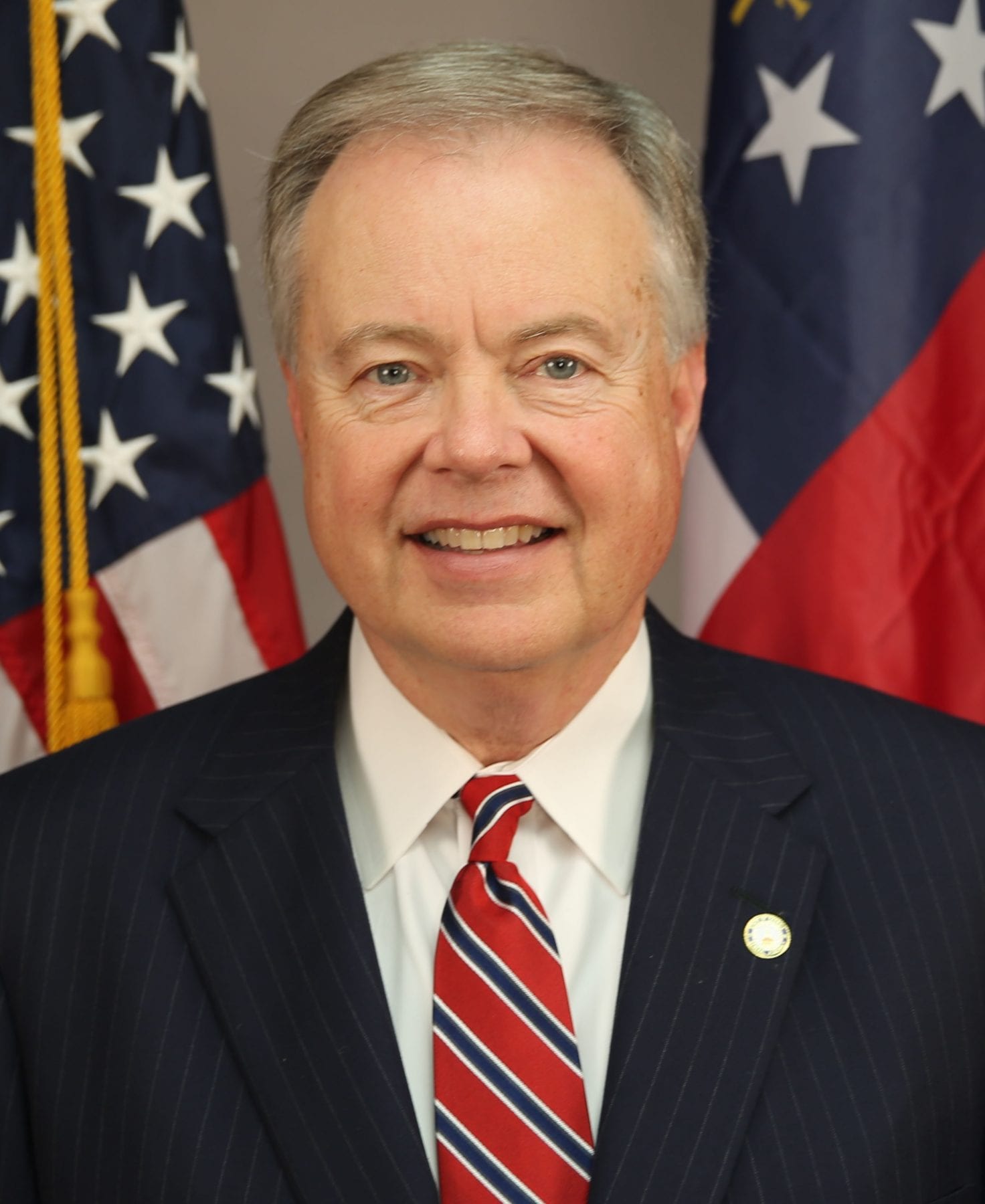 ELLIJAY, Ga. – State Senator John Wilkinson (R-Toccoa) understands the importance of agriculture and agribusiness to the state of Georgia so it’s no surprise he has based his campaign for Ninth District Congress on his knowledge of and service to that industry.

A graduate of the University of Georgia with degrees in Agriculture and Education, Wilkinson was a guest on FYNTVCOM’s Good Morning From the Office on Thursday (June 4).

“If you really look at America and what makes us great, one of the reasons we’re great is we have the most abundant food, the safest food at the lowest price in the world,” he said. “That makes a big difference. I heard someone say one time, ‘we couldn’t have planned a space shot and a moon walk if the people planning it had been concerned about where their next meal was coming from.’”

“Agriculture, agribusiness is the biggest business in our state,” Wilkins told host Brian Pritchard. “It has a $72 billion impact on our economy. A lot of people think agriculture is focused in south Georgia. Peanuts and cotton and those kind of things are but out of that $72 billion, $32 billion of it is from the poultry industry and the poultry industry is concentrated in north Georgia in my senate district. Sen. District 50 for instance, four of those counties are in the top 10 in Georgia in farm income.”

About one of every seven jobs in Georgia is directly linked to agriculture. “So, for Georgia to remain strong, for our country to remain strong, we’ve got to continue to be a leader in food production,” he said.

“I’ve known Secretary Perdue since he was a state senator from Houston County. When I began this campaign — when you could still get on an airplane in Atlanta and fly — I visited with Sect. Perdue in his office in D.C.,” he said.

In 2016, then presidential candidate Donald Trump asked Wilkinson, Perdue and State Agriculture Commissioner Gary Black to serve on an agriculture and rural America advisory committee if he was elected.

Said Wilkinson, “I have served in that capacity with President Trump since that time. So I feel like my background in the industry of agriculture is beneficial to me and I think it will be a benefit to constituents in the Ninth District.”

Asked about the current racial tension following the death of George Floyd at the hands of Minnesota police and the riots and protests that have followed, Wilkinson said, “I think it was very much a tragedy that turned my stomach to see the video and to think that could happen. Obviously, that was a tragedy and I don’t think any reasonable person can be happy with that. I don’t think we can just sit by and not take action. I think we have to be proactive. I think there are a lot of good people from all races and all nationalities in our country.”

But, he said Americans should not lose sight of the fact that they live in the greatest country in the world. “If we travel to other countries and look at how they handle protests and those things, we realize how blessed we are to live in America.”

He added that one of the greatest rights people have is the right to peacefully assembly and protest something they believe is not right. But, he, added, “The people who have come in with nightfall with violence and with guns and taken innocent lives of all races and done those kinds of things. I don’t think we can afford to tolerate that kind of activity.”

In closing, Wilkinson said, “You can tell a lot about a person by how the people they have grown up with and known all their life feel about them. Every race I’ve run in my home county, I’ve always gotten over 80 percent of the vote.”