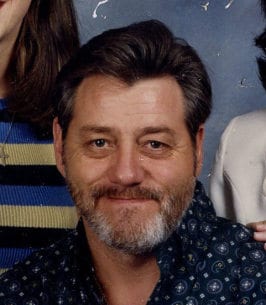 Ralph Clayton Holland, 63, of Gainesville passed away Friday February 21, 2020 at his residence following a period of declining health.
Born December 25, 1956 in Lumpkin County to the late Arthur “Ott” and Gladys Holland, he had lived in Forsyth County over 30 years. Mr. Holland formerly owned and operated Amen Septic. He was a jack of all trades and had worked in several other professions. Ralph loved all forms of racing and had raced automobiles, motorcycles and go carts. He enjoyed fishing, camping, boating, and was an avid collector. A member of Antioch Baptist Church, he was also preceded in death by his sisters, Shirley Hughes, Patricia Odell, and Juanita Pierce.
Surviving are his daughter and son in law, Mindy and Matt Jeffords, Cumming; grandchildren, Nolan Jeffords, Riley Jeffords; brothers and sisters in law, Donald and Liz Holland, Dawsonville, Keith and Anitra Holland, Gainesville; the mother of his daughter, Melinda Holland, Cleveland; and a number of other relatives.
The family will receive friends Sunday February 23, 2020 from 2 until 8 at the funeral home.
Condolences may be expressed at www.beardenfuneralhome.com.
Bearden Funeral Home, Dawsonville, GA.