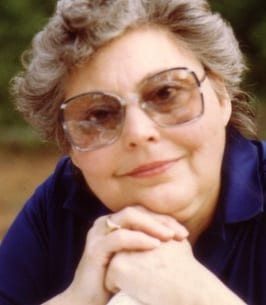 Joan was born on July 10, 1931 to the late Robert and Blanche Matthews. After living in Pennsylvania, Maryland, and South Carolina, she moved to Gainesville in 2012. A graduate of Villanova University, she held an Education Specialist degree. Joan was a lifelong educator who had taught grades K-8, and served as a school principal. She retired from teaching professionally in 1996. She enjoyed crafting and was excellent at sewing and crocheting. She also volunteered for many years at The South Carolina Railroad Museum as a docent. An infant son, W. Andrew Conrad, also precedes her in death.

Surviving are son and daughter-in-law, Matthew and Heather Conrad of Clermont, GA; brother and sister-in-law, Robert and Marilyn Matthews of Secane, PA; grandsons, Will, and Jared; granddaughters, Jordan and Kristy; and special caretaker, Clara O’Neil.

The family is planning memorial services for a later date.