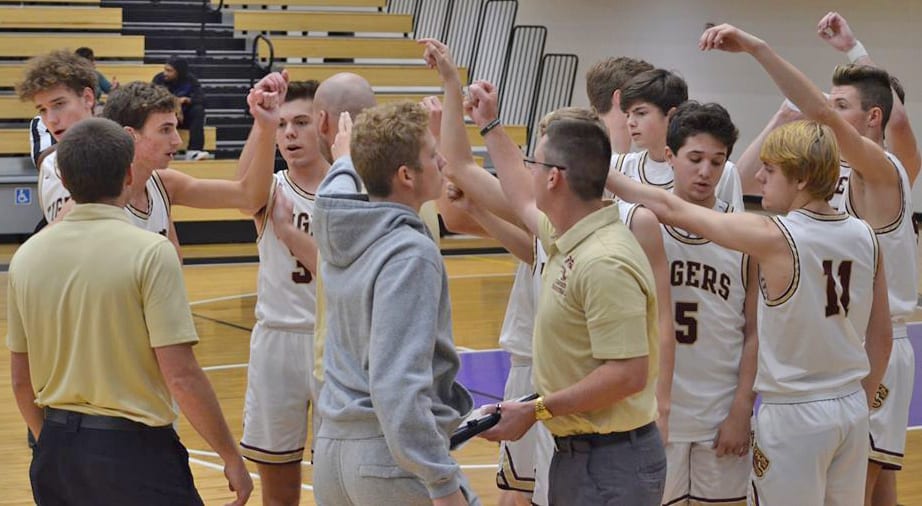 The Tigers basketball team went into North Forsyth Thanksgiving Tournament winners of the first two games of the season.

And while the Tigers took their first loss of the season during the three-day event, they came out with a 4-1 overall record and a third-place finish. 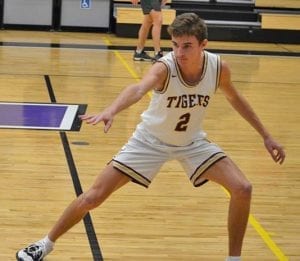 Senior Campbell Reed sets up on defense for the Tigers.

The victory pushed the Tigers into the winner’s bracket, where they faced Cherokee in the second round.

The Tigers played well in the game, giving Class 7A’s Warriors all they could handle. But one too many missed opportunities late led to the narrow, 67-62 defeat.

Against Cherokee (4-0), Dawson Co. was led by senior Jasper Gibson. The 6-foot-2 guard scored 22 points in the loss. He also added six assists, three rebounds, and a steal.

Mason Barnes, junior guard, was the only other player in double-figure scoring with 10 points. He added four rebounds, three assists, and two steals for Dawson Co.

In the third-place game against the host team North Forsyth, Dawson Co. came through with a big 70-44 victory Tuesday, Nov. 26.

The Tigers made 16 3-pointers in the game, leading to the strong showing against the Class 7A Raiders (4-2).

Barnes led the way with 20 points to go along with seven assists and three rebounds.

Reed and fellow senior Tate Adkins scored 15 points each. Reed added five rebounds and an assist, while Adkins pulled down four rebounds and had one assist.

The Tigers next play Tuesday, Dec. 3, at home against Fannin County. The game, which is the first of the Region 7-AAA schedule for both teams, is set to begin at 7:30 p.m.

To read about the Tigers first-round win against Creekview, click here.