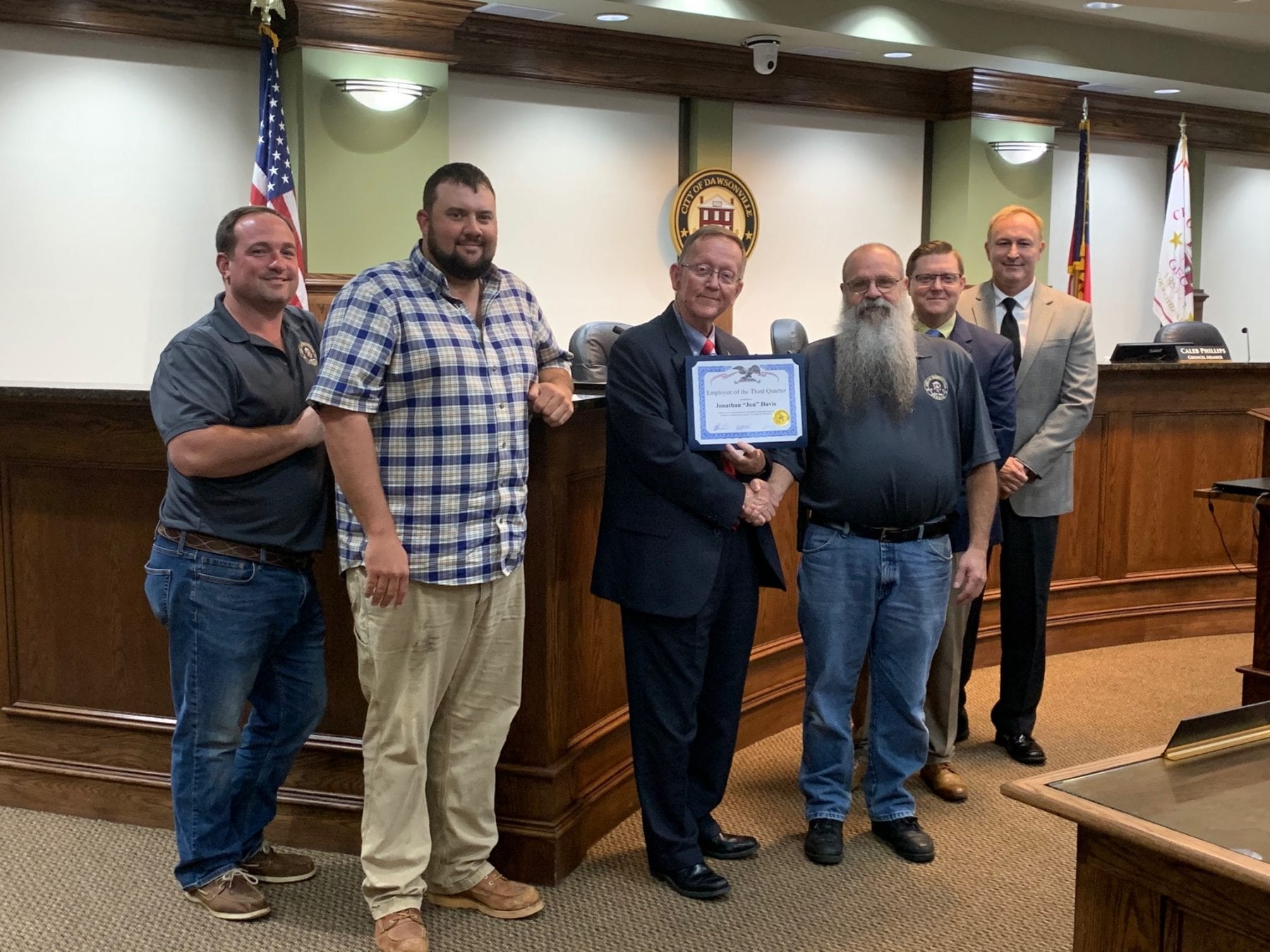 DAWSONVILLE, Ga. – Dawsonville City Council unanimously approved a change order in the amount of $42,361 for sod and irrigation alternates at Main Street Park for TriScapes during Monday’s council meeting.

City Manager Bob Bolz explained the additional funding would be used to pay for additional sodding and irrigation and would be paid out of General Fund reserves then paid back out of SPLOST VI funds when available.

Council removed a request for approval of a Local Maintenance Improvement Grant (LMIG) for milling, paving and striping 4,150 feet of Perimeter Road from the agenda for further discussion. If approved, the city would be responsible for a 30 percent match in the amount of $9,381.91.

Council also tabled a request by Sachinkumar Patel for a five acre parcel located at 60 Hwy. 136 East near the intersection of Hwy. 9 be annexed into the city. Sachinkumar has not closed on the land yet. He told council members that the closing will take place before the city’s next council meeting in November. But City Attorney Dana Miles recommended council wait until the land legally belongs to the applicant before acting.

Council unanimously approved Financial Administrator Hayden Wiggins request to renew an annual software maintenance agreement with Edmunds GovTech in the amount of $10,345. The city has utilized the company since 2015 and the agreement will expire on Dec. 31.

Mayor Mike Eason asked for and received council approval that Clint Harper and Laura Barr be appointed to the city’s Design Guideline Committee. 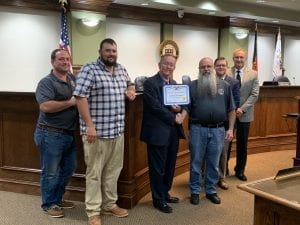 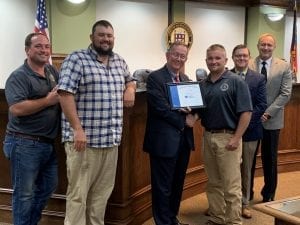 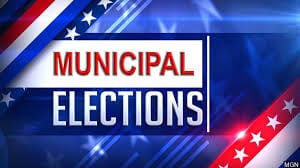 DAWSONVILLE, Ga. — Qualifying for the Nov. 5, 2019 elections in Dawson County has ended.

Based on information received from elections supervisors, the following candidates have filed election paperwork and have qualified to run for office.

The candidate for mayor (listed in alphabetical order) are:

Fetch Your News is a hyper local news outlet that covers Dawson, Lumpkin, White, Fannin, Gilmer, Pickens, Union, Towns and Murray counties as well as Cherokee County in N.C. FYN attracts 300,000+ page views per month, 3.5 million impressions per month and approximately 15,000 viewers per week on FYNTV.com and up to 60,000 Facebook page reach. If you would like to follow up-to-date local events in any of those counties, please visit us at FetchYourNews.co 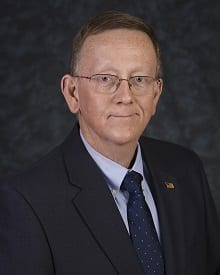 DAWSONVILLE, Ga. – Qualifying for municipal races in the Nov 5 general election started Monday and will continue through Aug. 22 at 4:30 p.m.

Dawsonville Mayor Mike Eason was one of the first-day qualifiers. Eason won a special election to finish out the term of former Mayor James Grogan.

Qualifying is being held at the Dawson County Elections and Registration Office, 6 Academy Ave. 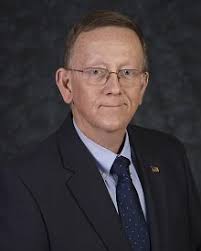 DAWSONVILLE, Ga. — Just 13 months after the Dawsonville City Council voted to reduce the mayor’s pay from $2,000 to $600 per month all but one council member now wants to increase the pay for the mayor and each council member.

By a vote of 3-1 during last night’s council meeting council approved the second reading of an amendment to the city charter that would nearly double the mayor’s pay to $1,000 per month plus $150 for each city council meeting and another $150 for each additional meeting pre-approved by city council. All that is in addition to approximately $20,000 in insurance benefits the mayor and council now receive.

If approved, the pay raises would not become effective until Jan. 2020.

A third reading and public hearing is set for Feb. 4 and, if approved, each council member also would receive an increase from $500 to $600 per month plus an additional $150 per city council meeting and $150 for an additional meeting per-approved by council.

Councilman Mark French — who was not on the council at the time the mayor’s pay was reduced, — voiced strong opposition. “I would like to state my continued opposition to any increase for the mayor or any member of the city council,” he said. 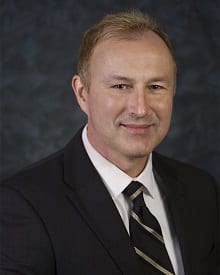 In a phone interview Wednesday, French said when the mayor’s pay was reduced, we were told the reason was the city had just hired – for the first time — a city manager who would take over many of the mayor’s responsibilities.

“But now council is looking to increase the salary and no additional duties have been added,” he said.

Former Mayor James Grogan has said the pay reduction was politically motivated to discourage him from running against current Mayor Mike Eason.

Grogan was removed from office by a vote of city council members who alleged he violated the city charter. He was replaced by Mayor Eason, who served on an interim basis until he defeated Grogan in the special election in March.

Eason said Wednesday, “I don’t know why council decided to reduce the mayor’s pay. I had nothing to do with that. That vote took place on my very first meeting as interim mayor.”

Eason also said to his knowledge nothing has changed with regard to the responsibilities of mayor and city council since the pay reduction was approved. 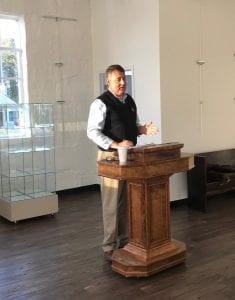 DAWSONVILLE, Ga. — State Senator Steve Gooch (R-Dahlonega) was the featured speaker at the Dawson County Republican Party meeting Tuesday at The Bowen Center for the Arts.

The event drew many office holders and political candidates like gubernatorial candidate Sen. Mike Williams (R-Cumming), State Rep. Brad Raffensperger (R-Johns Creek), chairwoman of the Dawson County Board of Education and candidate for Secretary of State Karen Armstrong, , and her opponent Joe Stapp.

Gooch said, “This was one of the most successful sessions in the eight years I’ve been in the General Assembly. We passed the first income tax cut in Georgia history.” The tax was cut by one-quarter of a percent this year and will be cut by one-half percent next year.

He cited fully funding Quality Based Education (QBE) for the first time since it was passed in 1985, the distracted driving bill that makes it illegal for a driver to touch their cell phone and increased funding for school safety as accomplishments during the recent session of the General Assembly.

Williams was the first elected official in Georgia to publicly endorse Donald Trump for president. Like Trump, Williams is primarily self-funding his campaign. “We’re relying on the people who know me best to donate five, 10 or 20 dollars to help carry us across the finish line,” he said. “That is important because when I reach the governor’s office, who am I going to be beholden to? It’s not the big lobbyists. It’s the people of Georgia.”

Raffensperger is a structural engineer and licensed general contractor. “I own two manufacturing plants in Georgia, and I have worked on construction projects all over the United States,” he said. “I have seen first hand how some states make it easy to do business and some states make it hard. As your next secretary of state, my job is to make it easy to do business in the state of Georgia.” 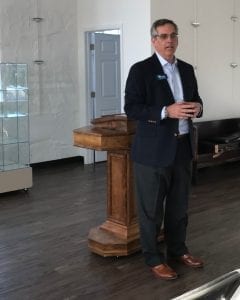 Raffensperger, a former Johns Creek city councilman, said he is the only person running for secretary of state who has a 100 percent voting record from the Faith and Freedom Coalition.

“Look back on my legislative and city council voting record and you will find I’ve always tried to protect the small business owner, taxpayers, life and the second amendment,” Raffensperger stated.

Fetch Your News is a hyper local news outlet that covers Dawson, Lumpkin, White, Fannin, Gilmer, Pickens, Union, Towns and Murray counties as well as Cherokee County in N.C. FYN attracts 300,000+ page views per month, 3.5 million impressions per month and approximately 15,000 viewers per week on FYNTV.com and up to 60,000 Facebook page reach.If you would like to follow up-to-date local events in any of those counties, please visit us at FetchYourNews.com 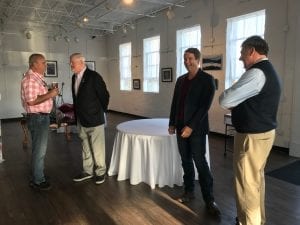 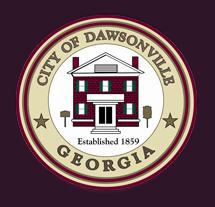 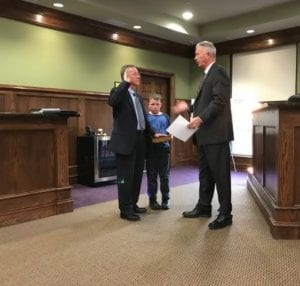 Mike Eason is sworn as Dawsonville interim mayor as grandson Caleb looks on.

DAWSONVILLE, Ga. – Mike Eason, a special agent with the Georgia Bureau of Investigation for 31 years and the state’s first inspector general, was appointed interim mayor of the city of Dawsonville at Monday’s city council meeting.

Eason earned a Bachelor of Science degree in public administration/criminal justice from Brenau University and also served as Cumming’s chief of police from 2005 to 2009.

Eason will replace James Grogan, who was voted out of office by city council for alleged violations of the city charter. He will serve until voters choose the next mayor in a special election. Council approved a resolution to schedule the special election for March 20

Council also held two public hearings on key issues. The first would reduce the mayor’s compensation from $2,000 per month to $600 per month and clarify compensation outside the first regular meeting of the month.

The second would amend sections of the city’s charter to create district posts for council members and make the removal of city officials consistent with state law. Both require a second public hearing.

Council was scheduled to vote on an request by Gold Creek residents to reduce the fee for combined annexation requests but the applicant withdrew the request for the time being.

A bid was awarded to Cumming-based Rakestraw Sanitation for garbage and solid waste collection at a cost of $9.85 per month.

Council also approved changing the time for regular meetings and work sessions in 2018 to 7 p.m. on the first Monday each month.