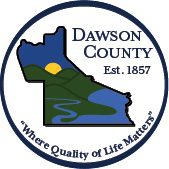 The Dawson County Board of Commissioners discussed the proposed short-term rental ordinance that included was set to be voted on in the most recent meeting.

The county had on the agenda a public hearing in place to hear from citizens who were both for strengthening the proposed ordinance and those who felt it was already to constrictive.

Arguments for strengthening the ordinance largely came from citizens who have had negative first-hand experience living within a close proximity to a residence that has been turned into a short-term rental/Bed and Breakfast business.

Multiple neighbors to an Airbnb in Dawson County argued in favor of increasing the minimum amount of days that any one person or persons can rent a short-term rental, stating limiting it to two day or no minimum has an increased chance for party-goers to rent the cabin and cause a disturbance and leave before any consequences can come about.

Susan Puhr, a neighbor to an Airbnb located near the lake, said that for her and her neighbors, they live it every day and she questioned whether or not many of the owners or realtors who spoke in favor of loosening the ordinance fully knew what it was like.

“For us, this is our daily lives. This is about us having to deal with something just because we are on the lake. I would certainly be against one-or two-night rentals. There needs to be restrictions. How many of these people that own them live next to them and would be able to control those things,” Puhr said.

Holly Barrett, a relator and short-term rental owner, currently in Hot Springs, Arkansas, and Chattanooga, Tennessee with Dawsonville in the foreseeable future, addressed the board with her concerns.

“In Hot springs Arkansas we do not have a minimum night stay requirement. We do have an ordinance, but it does not include a minimum night stay. If they came and said you cannot have one-night stays, it would serious hurt my bottom line. I have a lot of one-night passer-throughs who fill up my mid-week,” said Barrett.

The Board of Commissioners deliberating the public hearing for the short-term rental ordinance.

Both sides expressed many additional points to make changes to the proposed ordinance.

Commissioner Fausett said she thought is was a slippery slope and could understand that people would want to make money but would never think it would be right to disturb someones home where they live.

“From what they told me, it has been a nightmare…to be in your own home and be tormented and disturbed, I don’t think that is right any way you look at it…there has got to be a balance somewhere.”

The full proposed ordinance can be reviewed here.

Due to arguments and from both sides, the ordinance vote has been moved to the next scheduled meeting on Dec. 16 at 6:00 p.m.