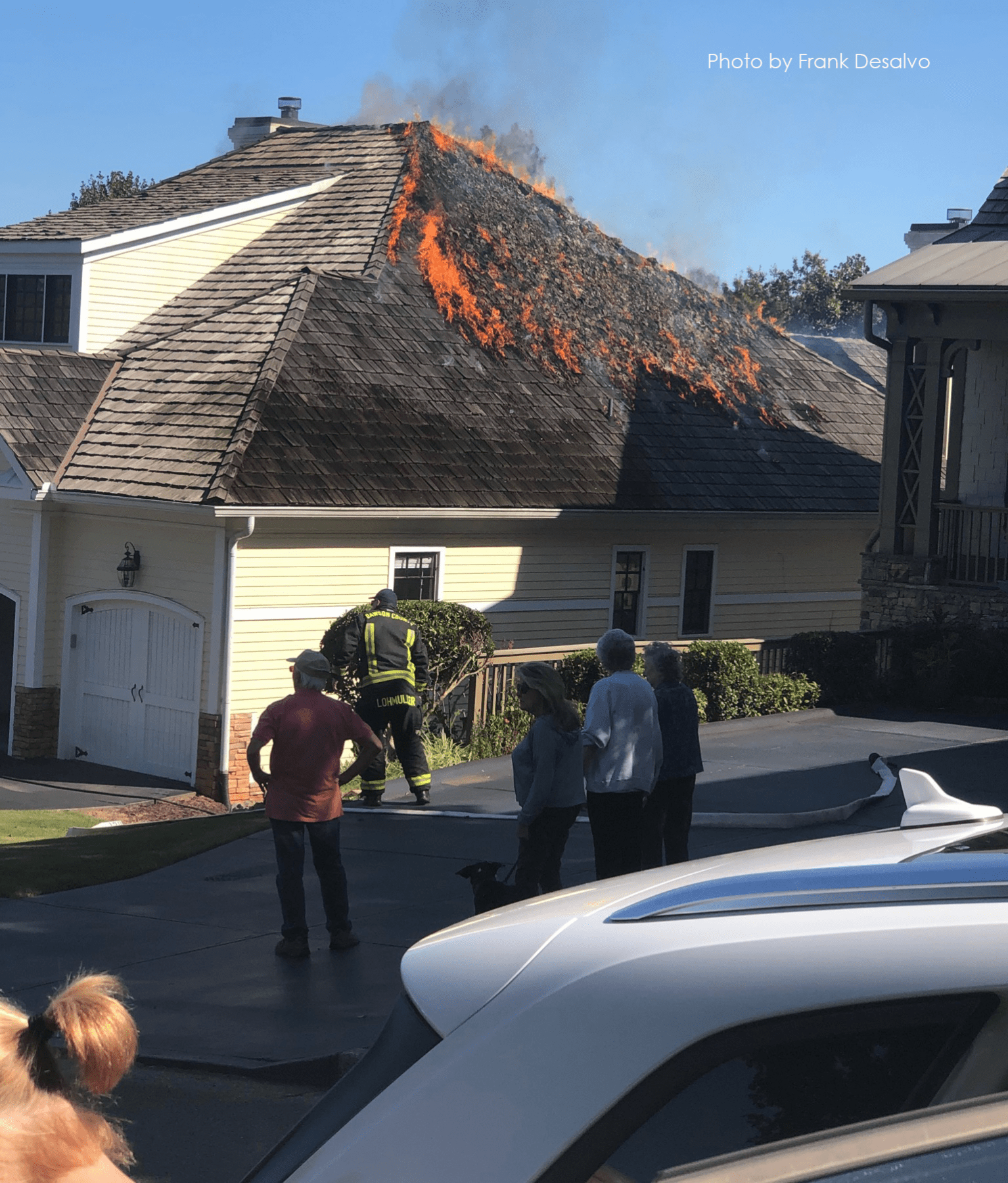 DAWSON COUNTY, Ga. — Dawson County E-911 received reports of a house fire off River Sound Lane in the Chestatee Subdivision at 3:41 p.m. Monday (Sept. 22). Units from Fire Stations 1, 2, 3, and 7 responded. First units arrived on scene at 3:48 p.m. and found heavy fire coming from the roof of a residential structure. Personnel made an aggressive attack on the fire and were able to bring it under control within 12 minutes of arrival.

The roof of the residence sustained substantial damage from the fire – mostly to the exterior and some attic space with water damage throughout the house from firefighter operations. There were no reported injuries to civilians or fire service personnel.

The cause of the fire is undetermined and currently under investigation.

It is of special note that crews were hampered in gaining access to the residence due to spectators, golf carts and vehicles that made it almost impossible for crews to access the scene. Please give firefighters and their vehicles room to work and keep streets open for them to access.