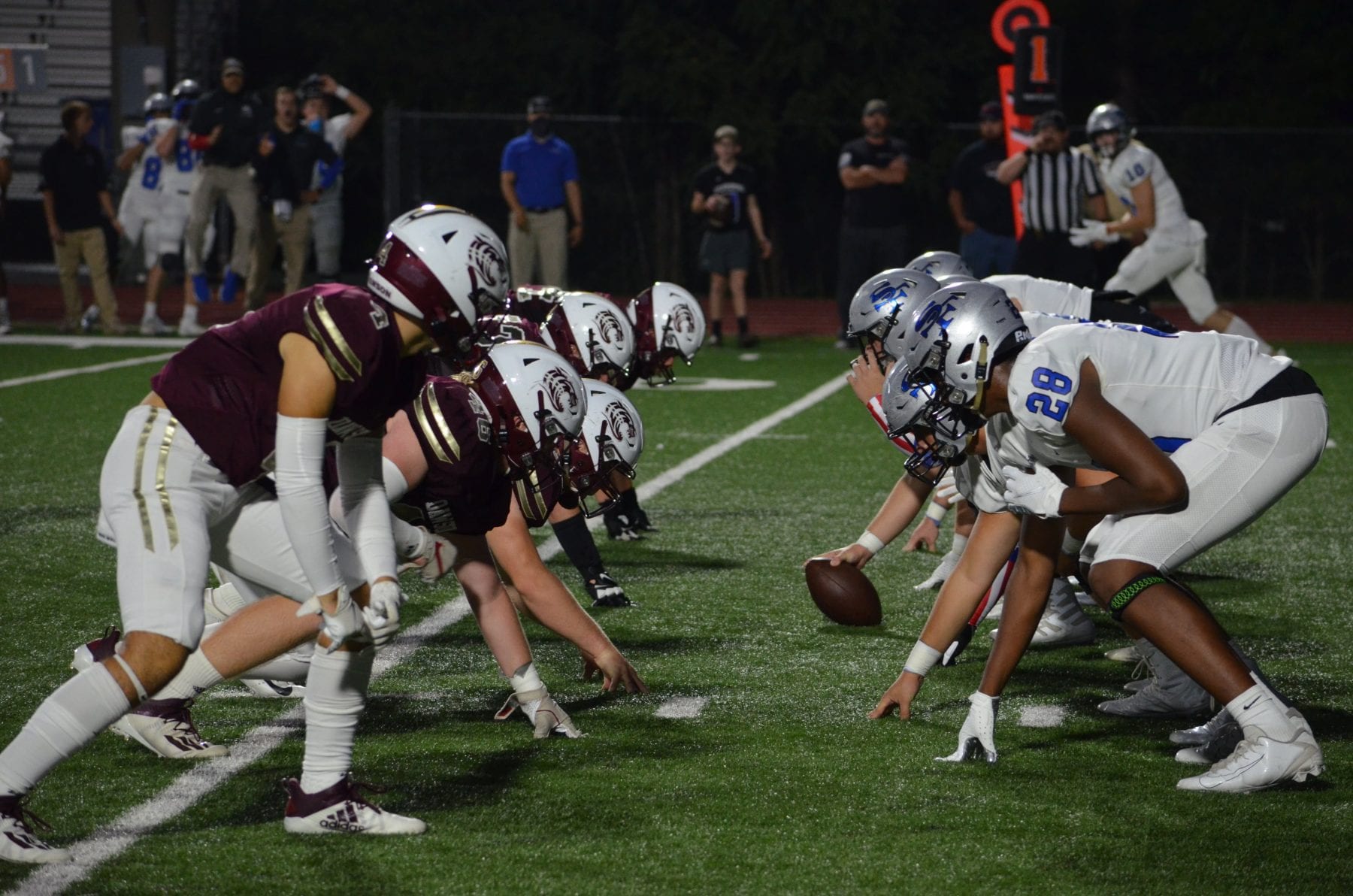 The Dawson Co. Tigers lost on Friday night to the South Forsyth War Eagles in Dawsonville. The Tigers showed plenty of heart playing against a 7A school. Despite being down three touchdowns in the fourth quarter, Dawson Co. fought back and had an opportunity to tie the game in the closing seconds. Jaden Gibson had an incredible game as he had four receiving touchdowns and made plenty of plays on defense. 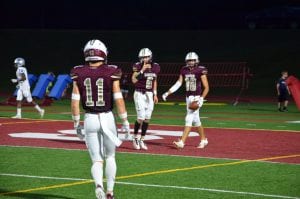 The first quarter was filled with big plays for both teams. After a 3 and out from the War Eagles, the Tigers had a strong drive. However, Caleb Bonesteel’s field goal attempt to give Dawson Co. the first points of the game was blocked by South Forsyth. The War Eagles took advantage of the special teams play and scored the first touchdown of the game after a few big plays. A little over a minute later, the Tigers had a big play of their own. Junior Zach Holtzclaw connected with Tyler Lane on a 51-yard touchdown to tie the game at seven. On the ensuing drive, South Forsyth used a 70-yard pass to set up a 20-yard touchdown that allowed them to regain the lead. 14 seconds later, and the game was tied again after Isaiah Grindle returned the kickoff for a touchdown that was capped off by a mean stiff arm. The big plays didn’t stop there, as the War Eagles scored on their first play of the next drive on an 84-yard touchdown as they led 21-14 at the end of the first quarter. 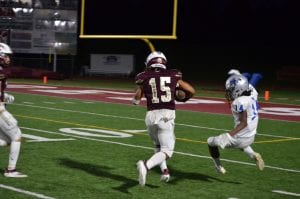 The result of a stiff arm by Isaiah Grindle that capped off a kickoff return for a touchdown.

The second quarter didn’t start off well for the Tigers. A South Forsyth punt that pinned the Tigers at their own 1-yard line resulted in a safety for the War Eagles to put them up 23-14. The Tiger defense held up strong and forced a punt, this time pinning them at their own 5-yard line. After three plays, the Tigers had a 4th and one from their own 14. They tried to run the ball up the middle, but they weren’t able to convert. However, the defense held up strong once again, holding the War Eagles to a field goal. Attempting to gain all momentum, South Forsyth tried an onside kick that Dawson Co. recovered. The excellent field position helped set up a 10-yard touchdown reception by Gibson. The Tigers trailed 26-21 at halftime.

The Dawson Co. offense struggled again to open the second half. On their first drive, Holtzclaw threw a pick six. After scoring on a 2-point conversion, the War Eagles led 34-21. The Tigers couldn’t get anything going on the following drive, but South Forsyth had another strong drive that finished with a rushing touchdown. After another 2-point conversion, they led 42-21 halfway through the third quarter. Dawson Co. still didn’t give up and had a strong drive and Gibson scored his second touchdown on a 30-yard reception. 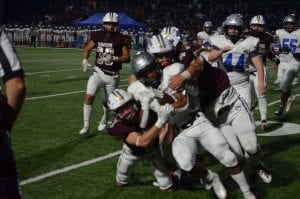 A few Tigers teaming up to tackle a South Forsyth player.

The War Eagle offense stayed hot. They scored another touchdown on the first play of the fourth quarter to take a 49-28 lead. Yet again, Dawson Co. had an answer. After another strong drive, Gibson had an 18-yard touchdown reception to make the score 49-35. The Tigers couldn’t recover the onside kick, but Dakohta Sonnichsen was able to recover a fumble to get his team the ball back. Sophomore Nic Baloga scored on a 14-yard touchdown run to make it a one possession game. South Forsyth was able to cut a lot of time off the clock before they scored their next touchdown. They ran in a 2-yard touchdown with 2:32 remaining in the final quarter. The Tigers turned the ball over on downs the following possession, but they were able to force a quick 3-and-out to get the ball back. They drove down the field quickly and found Gibson for his fourth and final touchdown of the game on a 16-yard reception that made the score 56-49 with 1:14 remaining. The onside kick attempt by Bonesteel had a perfect bounce that allowed Sonnichsen to recover the ball at the Dawson Co. 40-yard line. They marched down the field quickly, and got down to the 2-yard line with 30 seconds remaining. On a pass attempt to the endzone, the ball was intercepted by the War Eagles and returned for a touchdown that sealed the game. The final score was 63-49.

The Tigers play again next Friday as they travel to play at Northview high school in Johns Creek.