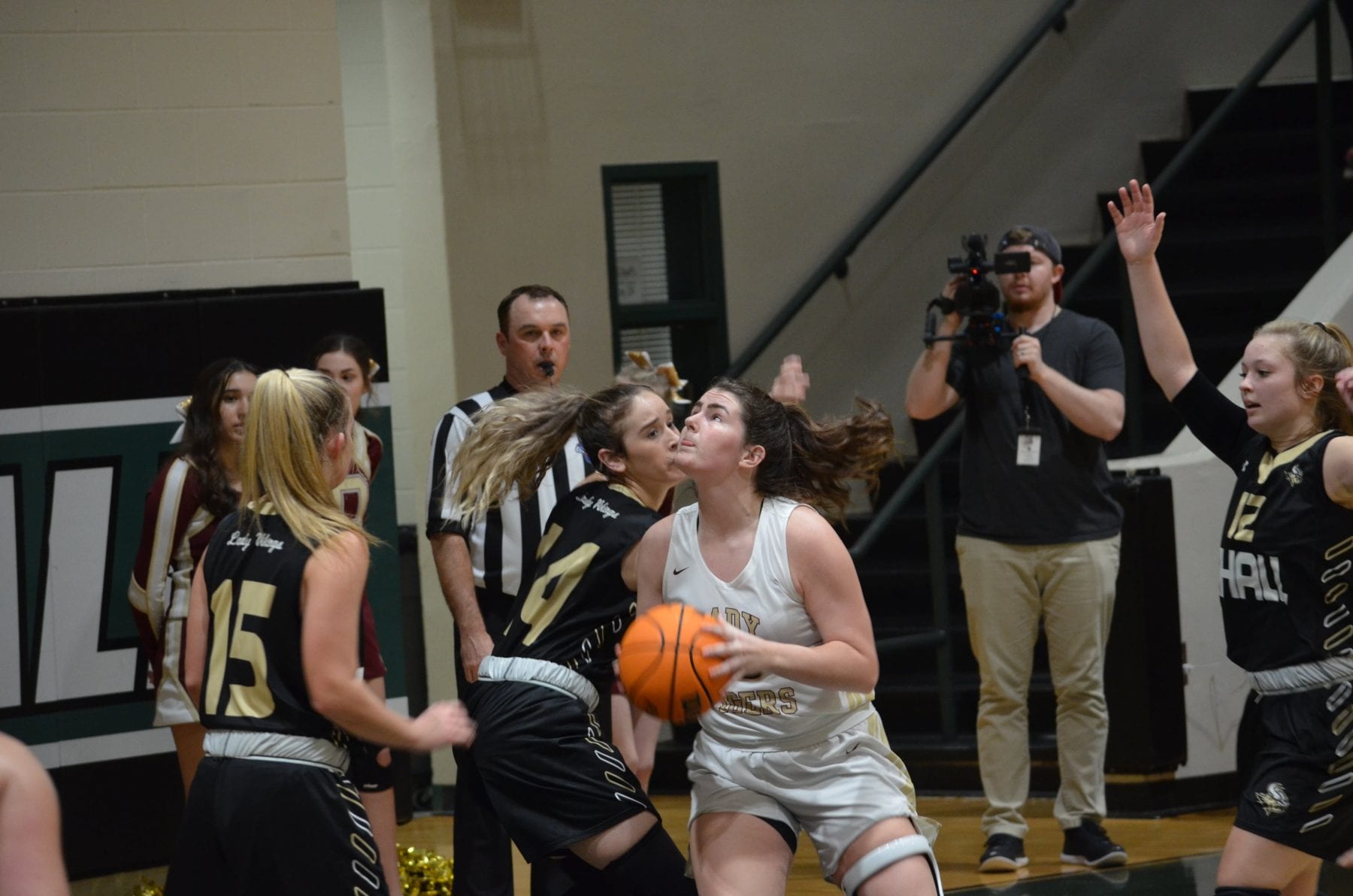 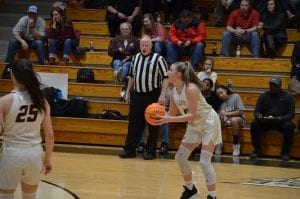 Kirklyn Porter sets up a 3-pointer.

Dawson Co. started off the second quarter much stronger. They open with an 8-2 run to extend their lead. However, the Lady Vikings responded with a 9-2 run and tied the game at 21 at halftime. 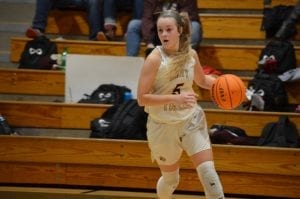 Maddie Anglin dribbles around the perimeter.

East Hall used a 12-2 run in the middle of the third quarter to seize control of the game. Dawson Co. responded with a late 6-0 run to cut the Lady Viking lead to 37-34 with one quarter left to play.

The Lady Tigers started the fourth quarter on an 11-2 run to gain a solid lead. They held on to win the game 52-46 and clinch a state playoff berth.

Dawson Co. advances to the next round of the Region 7-3A tournament and will play North Hall on Friday at East Hall at 4 p.m.