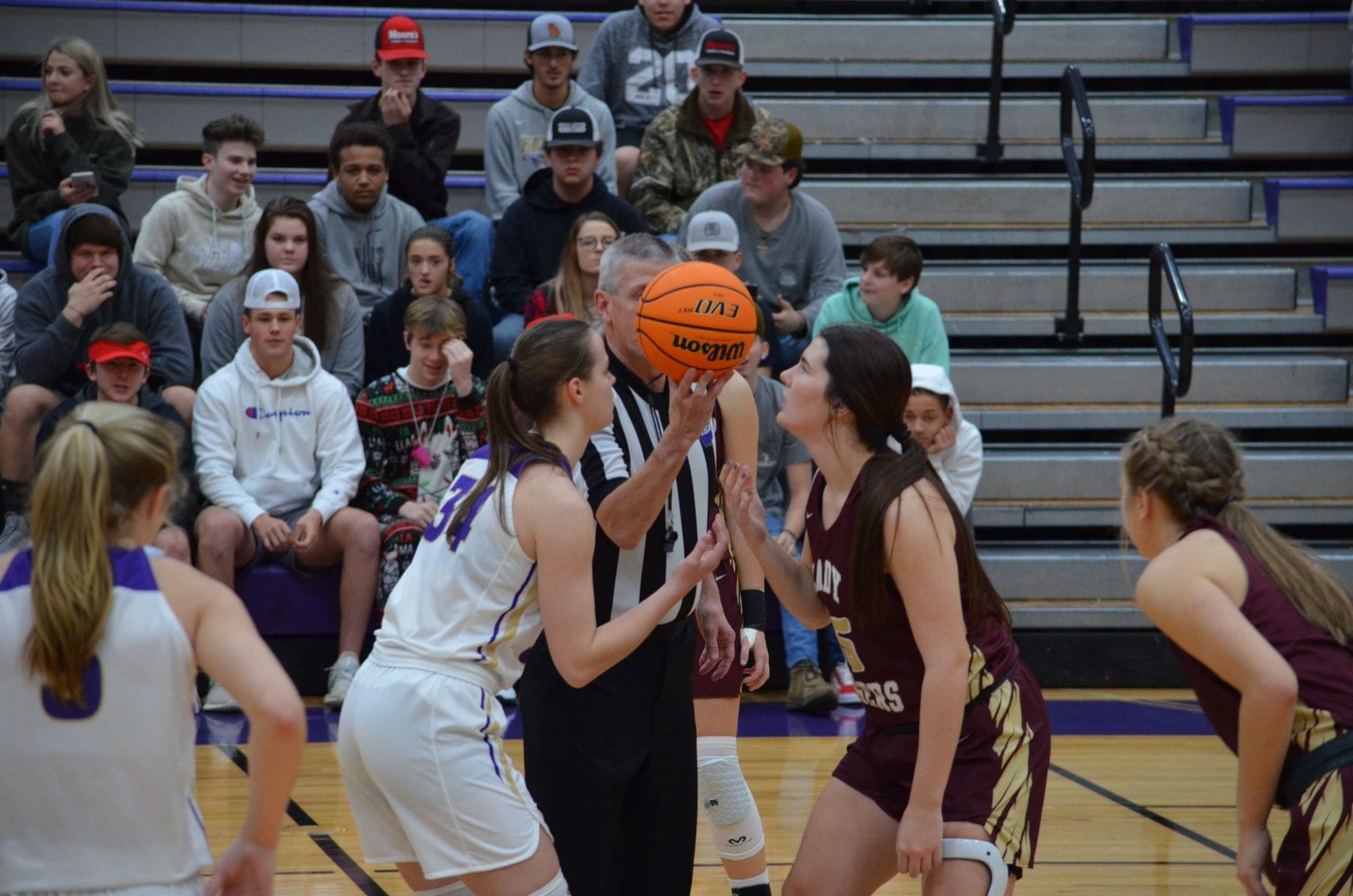 In matchup of top-10 teams, the Dawson Co. Lady Tigers played against the Lumpkin Co. Lady Indians on Tuesday in Dahlonega. The Lady Tigers walked away with a 64-51 victory.

Senior guard Sophia D’Oliveira led the way with 22 points for Dawson Co. (7-5, 3-1 Region 7-AAA). Another senior for the Lady Tigers, Marlie Townley, was the second-leading scorer with 17 in the game. 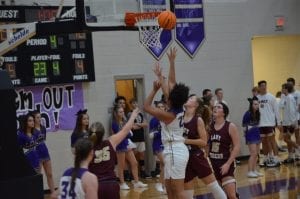 The Lady Tigers struck first by scoring the first eight points of the game. The Lady Indians responded by going on an 8-0 run of their own. The teams traded scores the rest of the quarter, until D’Oliveira hit a long 3-pointer at the buzzer to take a 19-15 lead.

Lumpkin Co. started the second quarter on an 8-2 run to take the lead. Dawson Co. then responded with an 8-2 run of their own to retake their lead. The Lady Indians scored the final 5 points of the half to cut Dawson Co.’s halftime lead to 32-31.

The Lady Indians started off the second half with a pair of free throws. Dawson Co. then took control of the game. Aside from a 3-pointer from Lumpkin late in the quarter, the Lady Tigers scored the final 13 points of the quarter. This gave them a 45-36 lead heading into the final quarter of play. 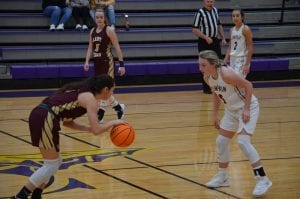 Sophia D’Oliveira sets up the play.

Lumpkin Co. scored five of the first seven points of the fourth before the Lady Tigers had another big run. An 11-0 run extended the Lady Tiger lead to 58-41. Dawson Co. went on to win the game 64-51.

The Lady Indians will return to action on Friday at Banks County High School at 6 p.m.

The Lady Tigers’ next game will also be Friday. They host Oconee Co. at 5:30 p.m.