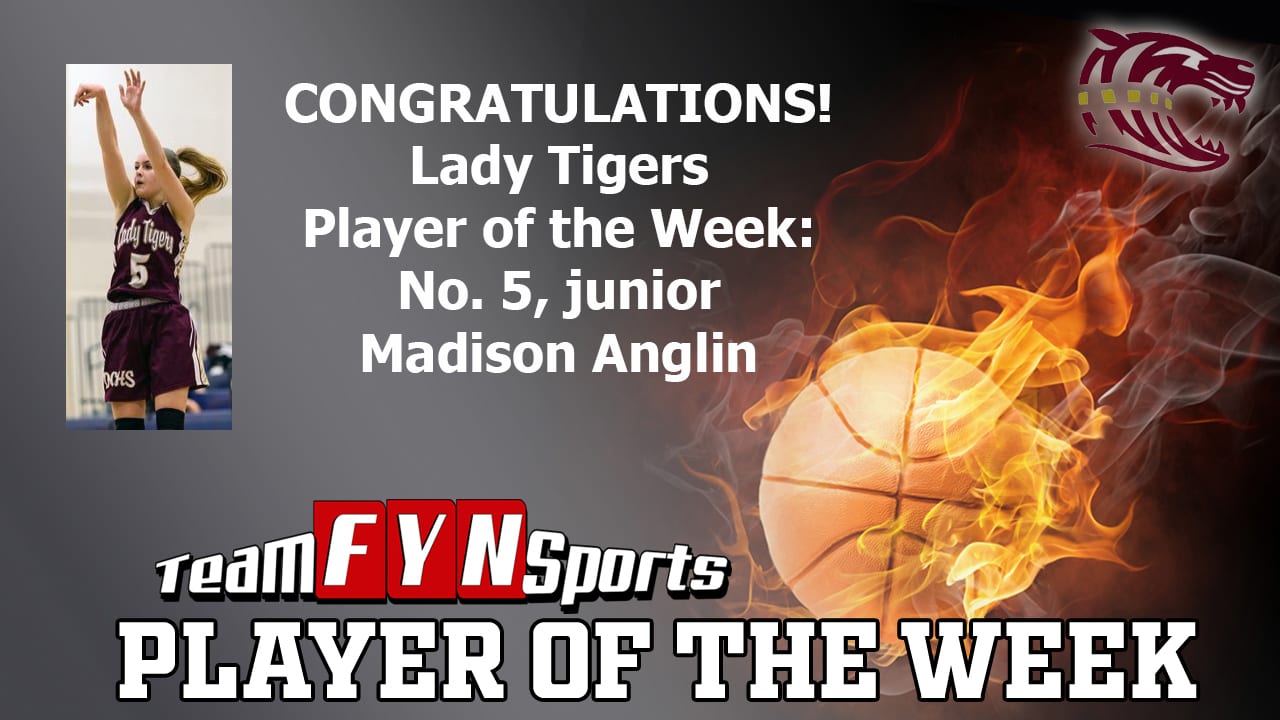 Madison Anglin is the TeamFYNSports Writer’s Player of the Week for the Lady Tigers!

Anglin started the week by scoring three points in a 54-49 win against region foe Fannin Co. on Tuesday, Dec. 3, in Dawsonville.

The junior made up for the lack of offensive production against the Lady Rebels by putting up a team-high 21 points in a tough, 54-47 loss to Greater Atlanta Christian on Thursday, Dec. 5, in Norcross.

Anglin rounded out the week by scoring a team-high 22 points, to go along with five rebounds and a steal, in a 60-55 victory against Flowery Branch on Saturday, Dec. 7, in Dawsonville.

For her efforts, Anglin is the TeamFYNSports Writer’s Player of the Week for the Lady Tigers!