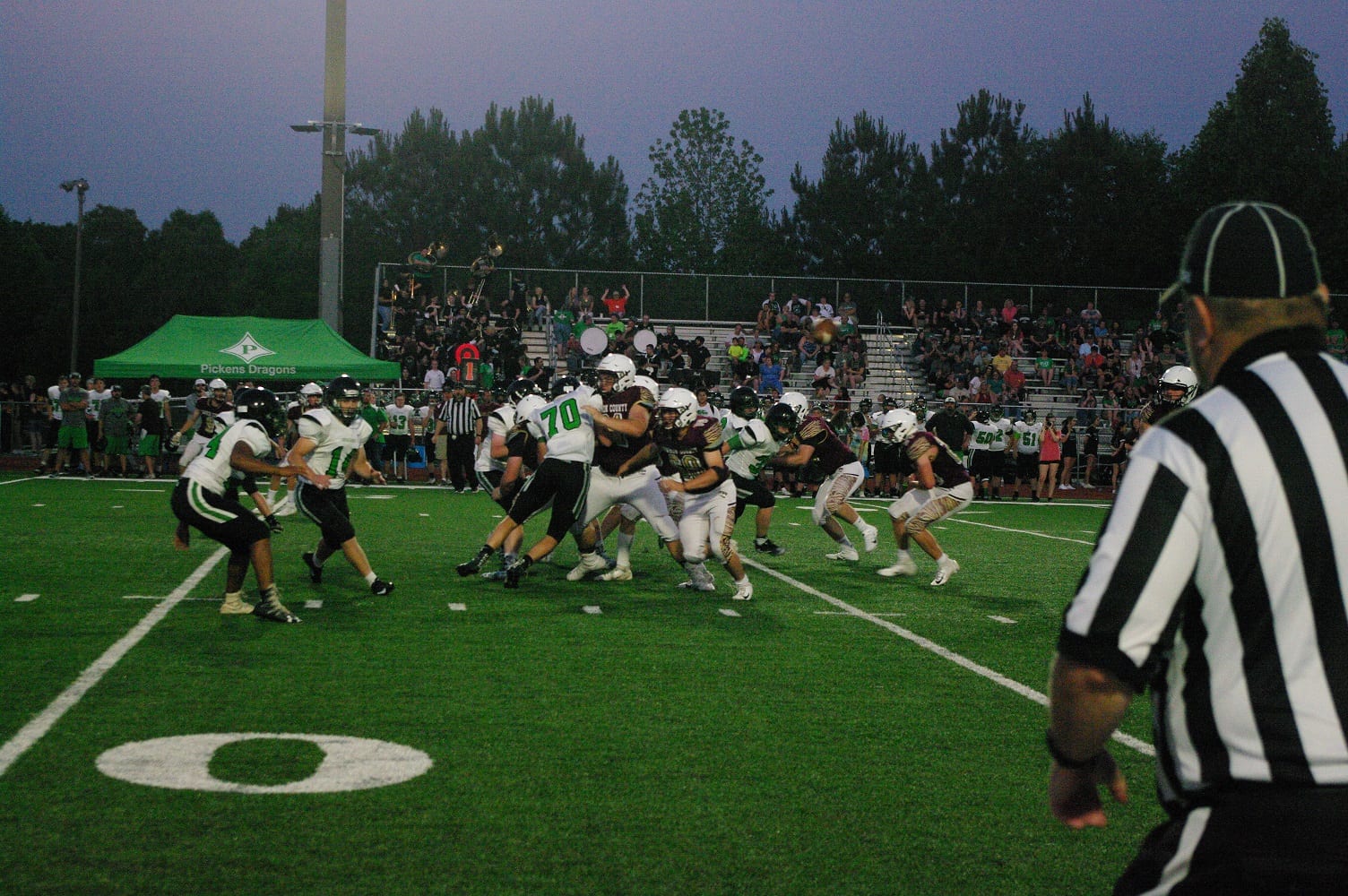 The Dawson County Tigers came out on top over the Pickens County Dragons 16-10 in a pre-season spring scrimmage on Friday night.

The first half of the game was a display of the defensive strength of both teams with the score tied at 0-0 going into the half. The Tigers had a couple of high points offensively, with an interception by Hunter Barron in the first quarter and a turnover in the second quarter after a Dragons fumble.

Toward the beginning of the game, Tigers starting quarterback Max Moon stepped out of play due to a head injury, and 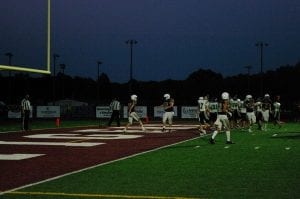 Will Whalen celebrates the first touchdown of the night with teammate

Keegan Stover finished out the rest of the game.

Another interception by the Tigers in the third quarter was soon followed by a touchdown by Will Whalen to put the first points of the night on board.

The Dragons immediately answered with a touchdown of their own by Devin Hand to tie up the game 7-7.

A field goal from the Tigers Caleb Bonesteel gave a lead of 10-7, while an interception by Nic Baloga followed by a touchdown from Tripp Caine gave them the extra edge to win.

A final field goal from the Dragons pushed the final score to 16-10.

Tigers head coach Sid Maxwell said of plans for the rest of pre-season, “Just trying to get better…we’re not worried about who wins or loses.”