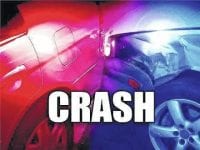 Cochran was trapped inside his vehicle after the crash until fire personnel from the Dawson County Fire Department could extricate him using the jaws of life.

Cochran was transported to Northeast Georgia Medical Center in Gainesville with serious injuries that were not initially believed to be life threatening.  Buice was not injured in the crash.

Both drivers were wearing their seat belts at the time of the crash.  There were no other passengers in either vehicle. Drugs and alcohol were not a factor in this collision. Slick tires on the Infiniti were believed to be a factor.

Cochran will be charged for failing to maintain his lane and for having slick tires on his vehicle.