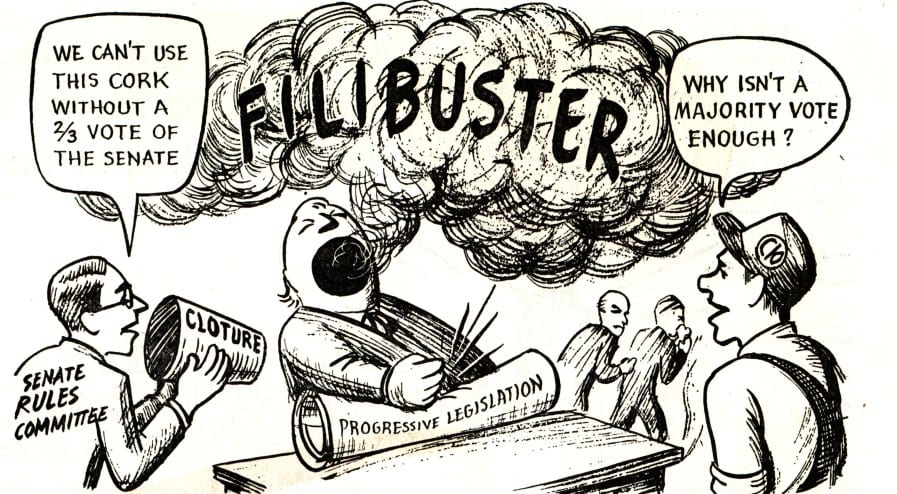 At least 30 Democrat Senators support filibustering Gorsuch, 2 oppose the filibuster and 16 are undecided. The 2 Democrats opposing filibuster are Heidi Heitkamp (ND) and Joe Manchin (WV). It takes 60 votes in the Senate to bring the issue up for a simple majority vote. As Senate Majority Leader (D) Harry Reid changed the Senate rules to confirm Federal Judges to a simple majority, meaning 51 votes are needed to pass. This is known as the Nuclear Option.

Questions surround now Majority Leader (R) Mitch McConnell whether he will allow the Democrats to filibuster Gorsuch or institute the Nuclear Option. The Nuclear Option has never been used to approve a Supreme Court Justice. Gorsuch’s confirmation vote is set for April 7th.