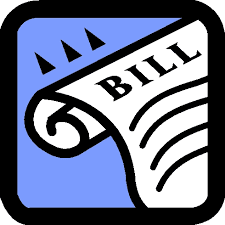 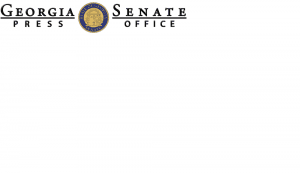 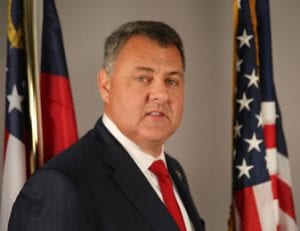 This week marks Day 38 of the 40-day legislative session. We have reached the point where committees are no longer meeting and we are working through the House bills that have been reported favorable by their respective committee.

On Wednesday, the Senate unanimously agreed to the Conference Committee Report for House Bill 44, the Fiscal Year 2018 (FY18) general budget. By passing HB 44, the Georgia General Assembly fulfilled our only constitutional obligation, to pass a balanced budget. HB 44 is now on the way to the Governor for his final approval. Additional information on HB 44 can be found on the link below:

On Friday, we unanimously passed House Bill 241, “Cove’s Law,” which I was proud to carry in the Senate. HB 241 would add Krabbe disease to the list of metabolic and genetic conditions a baby could be tested for during the newborn screening conducted by the Department of Public Health. Under HB 241, the parent(s) of the newborn child would have the option to ask for the test separately from other screenings. I want to personally thank Ms. Brooke Adams Nix for her tireless work to spearhead this issue and get a sound piece of legislation passed.

Also on Friday, a bill I sponsored passed the House and will now come back to the Senate for our approval. Senate Bill 219 would enable common sense restrictions to be placed on autonomous vehicles while ensuring they comply with state and federal driving laws. I am proud to champion the passage of this legislation which will increase safety on our roads by limiting accidents caused by human error and I look forward to championing SB 219 to becoming law.

Along with the passage of these two important bills, we passed several measures that I would like to highlight:

House Bill 238 would update the list of activities allowed under the Conservation Use Valuation Assessment Program to include solar generation of energy and farm labor housing.

House Bill 249 would transfer responsibility of the Prescription Drug Monitoring Program from the Georgia Drugs and Narcotics Agency to the Department of Public Health. This bill would also remove naloxone off the list of dangerous drugs and would reclassify it as a Schedule V controlled substance.

House Bill 391 would expand the locations where newborn babies up to 30 days old can be left to include police and fire stations. Under HB 391, mothers may decline to provide any personal identifying information when the newborn is left in the custody of these facilities.

House Bill 425 would encourage school systems to administer paper and pencil format assessments upon the request of a parent or guardian of a student. HB 425 would also require the State School Superintendent to develop rules for students who refuse to take standardized tests.

If you have any questions about any of these bills or measures that are still pending, please reach out to my office.

Sen. Steve Gooch serves as Majority Whip of the Senate Majority Caucus. He represents the 51st Senate District which includes Dawson, Fannin, Gilmer, Lumpkin, Union and White counties and portions of Forsyth and Pickens counties.  He may be reached at 404.656.9221 or via email at steve.gooch@senate.ga.gov.