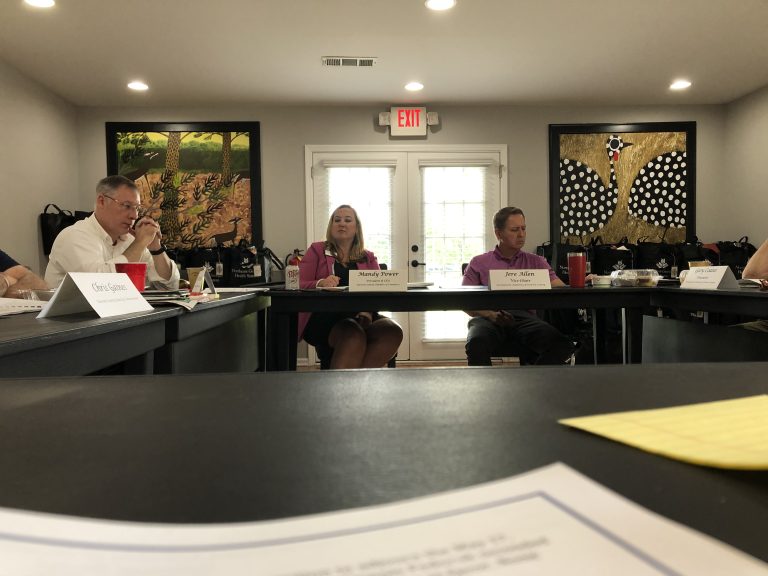 DAWSONVILLE, Ga. – Gary Coats, Treasurer of the Dawson Development Authority, was called upon first to update the council on the financial report. Coats went on to give a presentation on the 2021 Audit.

“We inadvertently charged insurance expenses to the wrong year. We fixed that and now we have established what we now call, in the accounting system, prepaid expenses. As that comes in, that goes into the assets, not directly into the expenses until the period has occurred so we have already corrected that,” Coats said.

Coats continues his presentation by explaining that aside from the issue regarding the year, the audit report itself showed no other red flags. Coats urged board members to consider the possibility of a “working group”.

The “working group” would look into policies and procedures, specifically the investment policy.

Coats stated, “it’s how we always operated, nothing wrong with that, but as we get more funds in, which hopefully will be soon, we may want to take a closer look at getting something in writing in how we invest that money”.

Chris Gaines informed the board of the status of the progress made to update the radio system used by Emergency Services that was previously discussed at the Board of Commissioners meeting on July 8th of 2022. Gaines explained that they have been researching systems and pricing and have decided to go with the 800 MHz system and would include five towers. Forsyth County has agreed to let the county utilize two of their towers. Gaines stated that they are continuing to look at finance options.

Kevin Herrit went on to discuss the subject of road work on West Hightower. Stating that more signatures are going to be needed before the work can commence.

The final topic of discussion for the night was the ETC Grant. Mandy Powers as well as attorney Whitney Brown have worked to come to an agreement with ETC. Previously the ETC wanted to be considered a contractor while the DADC wanted to operate as a pass-through agency. As of May 17th of 2022 there had been no final decision made. Powers was happy to report that they had reached a conclusion that the DADC would indeed be the pass-through agency. With that being said Powers motioned to move forward with the grant.

There was no new business to discuss. Jere Allen motioned to move to Executive Session and the motion was second by fellow members.