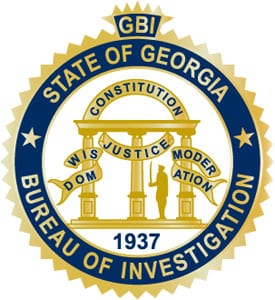 CORNELIA, Ga. — When 38-year-old Ashly Sophia Tolbert, 38, of Dawsonville was told she was under arrest for DUI, she chose to flee instead and crashed into another vehicle. She now faces additional charges.

The early investigation shows that the incident began after a 911 call that led to a Be On the Lookout (BOLO) being issued at around 9:43 p.m. for a possible DUI driver. The driver was later identified as being at the Cornelia Fire Department asking for directions. After firefighters realized that the driver fit the description of the BOLO. Cornelia police officers responded to the fire department, and one officer conducted field sobriety tests on Tolbert.

While Tolbert was in the process of driving away, a Cornelia Police officer fired a shot at her car’s tire. Tolbert led officers on a chase. During the chase, Tolbert hit a car with people in it and caused it to wreck. Tolbert’s car was disabled, and she stopped on the side of the road. She was taken into custody and booked into the Habersham County Detention Center.

No one was injured during the shooting or the chase.

The Georgia State Patrol is investigating the car accident.

The GBI continues to conduct the independent officer involved shooting investigation. Once completed, it will provided to the Mountain Judicial Circuit District Attorney for review.