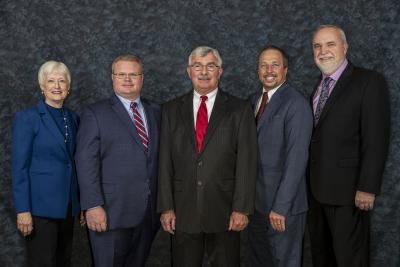 Official Statement by Dawson County Board of Commissioners

in response to City’s vote to file a lawsuit

DAWSON COUNTY, Ga. – On March 16, Dawson County voters overwhelmingly chose to continue the countywide special purpose local option sales tax (SPLOST). 78.43% of voters elected to continue the SPLOST, and rightly so, because the SPLOST reduces property taxes while funding projects that provide public safety, parks, roads, and other key public infrastructure for the benefit of citizens of the County and the City alike.

Notwithstanding the benefits to the citizens and the expressed will of the voters, the City of Dawsonville has voted to file a lawsuit seeking to nullify the SPLOST in an obvious attempt to extort more money out of the County. The Dawson County Board of Commissioners is shocked and disappointed that the City is undermining the will of the voters for its own shortsighted gain and in contravention to the good of the community.

Data shows that as a sales tax, a large fraction of SPLOST collections are paid by non-resident shoppers and tourists visiting or passing through Dawson County. This means that Dawsonville and Dawson County can build public infrastructure at a lower cost to local taxpayers. There will be $60 million in anticipated SPLOST revenues, providing facilities that will not need to be funded by property taxes. The alternative to the SPLOST would be less public safety, fewer parks, and minimal road improvements, or else higher property taxes and potentially a new City property tax. Yet, despite the benefits enjoyed by all local residents from the SPLOST, Dawsonville seeks to overturn the tax and undo the will of the voters.

The terms of the County’s SPLOST and proposed division of proceeds are legally supported by the plain language of Georgia law, and by the best census data and population estimates currently available. While the City contends the SPLOST is “illegal,” the City was willing to refrain from filing the lawsuit if the County gave the City more money and projects. As such, it does not appear that the City is acting based upon law or principle, but just based on good-old-fashioned greed. Dawsonville’s tactics are a no-win situation for taxpayers. If the suit is unsuccessful, it will be a pure waste of taxpayer dollars. If the suit is successful, it will reverse an overwhelming mandate of the voters and push more tax costs onto property owners.

Historically, the County and City have split SPLOST proceeds 85% and 15%, which is more generous to Dawsonville than the law requires. In the leadup to the election, the County offered to continue with that status quo, but Dawsonville rejected that and demanded millions of dollars more. So the County put the SPLOST to the voters to decide.

According to Georgia law, the City now stands to receive a share strictly based on its population. According to census data the City has only 12% of the total population of Dawson County. While ironically the County was always willing to give the City 15% of proceeds in negotiations prior to the election, the voters have now spoken and the County is bound to honor the funding of a countywide public safety project and then the division of further proceeds at 12% to the City because that is what the voters approved on March 16.

The County is responsible for providing many key services to ALL residents, including fire/EMS, Sheriff, court/judicial, jail, and active park services. Every dollar the City consumes in SPLOST revenues is a dollar the County cannot invest toward infrastructure for ALL County residents. The City’s continued residential growth creates a financial burden on the County to deliver a host of services to those new residences. Yet, the City has not chosen to implement impact fees to offset those costs. And instead of supporting a SPLOST that would help cover those costs, the City has taken a divisive path of extortion.

In the face of the City’s threats, the County made a cooperative overture to the City as a result of its executive session discussion on Thursday in the interest of avoiding this debacle and huge waste of taxpayer money for the citizens. The City rejected that compromise and the County’s good faith efforts, and now the County will work hard to defend the will of the people in support of the SPLOST.