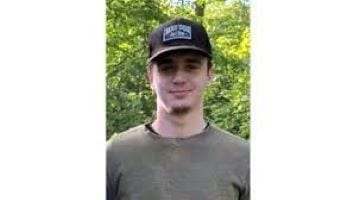 DAWSON COUNTY, Ga. – The Dawson County Sheriff’s Office is on notice it could be facing a $50 million lawsuit following the death of 18-year-old Jonathan Sanford in the Dawson County Detention Center in June 2020.

In an ante litem notice delivered last week, the Sanford family attorney AJ Richman states: “The Dawson County Sheriff’s Office failed this young boy and his family on multiple levels. Had sheriff’s deputies involved in the arrest, processing and supervision of Jonathan Sanford, at the Dawson County Detention Center performed their job responsibilities correctly, he would be alive today.”

Sanford was arrested on suspicion of DUI in the early evening of June 1. At approximately 6:30 a.m. June 2, he was found unresponsive in a holding cell. The Georgia Bureau of Investigation ruled the death accidental, due to a combined drug intoxication.

Richman claims at least seven hours passed after the Detention Center’s last documented check on Sanford until he was found deceased.

“Mr. Sanford died alone and unmonitored in a Dawson County holding cell,” Richman said. “Mr. Sanford never underwent any medical screenings, evaluations, or any kind of inquiry into his mental or physical condition prior to his placement into an individual holding cell.”

The ante litem calls for a meeting with the Sheriff and his attorney “in hopes the County would do right by the family.” But it also warned, “In the event we are unable to effectively address and resolve this matter with you, please know that the Sanford’s surviving family has authorized us to pursue all available legal remedies available to them and seek damages in the amount of $50 million. This young man had no prior criminal record and had his entire life in front of him when the Dawson County Sheriff’s Office failed him at every turn.”