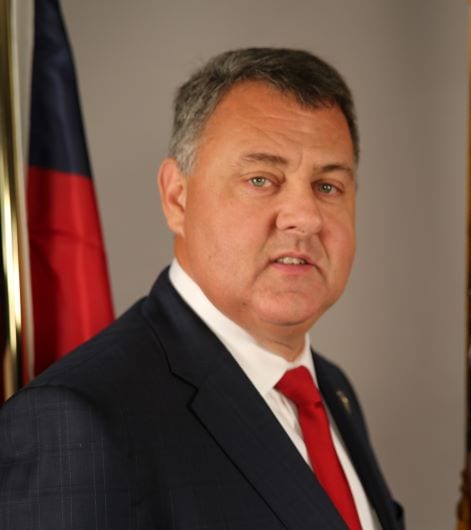 After completing another four legislative days, the Senate wrapped up its fourth full week of business here at the Capitol. While a great deal of time this week was spent in our individual committees, we made some significant progress on a number of legislative issues. With 12 legislative days completed and only 28 remaining, we will need to utilize each day to the fullest in order to make progress on the many priorities we have planned for this session.

This week, the Senate passed a total of four pieces of legislation, but I want to specifically highlight Senate Bill 6. Georgia has been rated as the number one state in which to do business for six years in a row now. A major reason why has been the positive business climate we have generated, in part, by tax credits. Tax credits serve as important and useful incentives for business to locate their operations here, but the potential exists that some tax credits could end up costing the state money instead of earning the state money. SB 6 addresses this by allowing the Senate Finance Committee Chairman and the House Ways and Means Chairman to request up to five economic analyses of a tax credit each. These analyses will provide critical data that we need in order to enact good policy, including: net change in state revenue, net change in economic activity and net change in state expenditures. With this information in mind, we will be better equipped to design tax credits in the future that provide the most possible benefit to our state.

In the Senate Regulated Industries and Utilities Committee, we continued our conversation on how best to expand broadband internet access to rural Georgia. While our first meeting presented an overview of the broadband landscape and the lack of access across the state, our meetings this week focused on solutions on how to solve these issues. Specifically, we heard from electric membership cooperatives (EMCs), cable and telecommunications providers, and others in the industry who provided updates on various projects they are working on to expand broadband access. One project that will be of particular interest to our community is a collaboration between Amicalola EMC and Ellijay Telephone Company, which will invest approximately $7 million and add 250 miles of connection for around 6,000 customers. Next week, we will start to consider new broadband expansion legislation, including a bill I authored, Senate Bill 65. I look forward to going into more detail on this bill next week.

The Senate Appropriations Committee also successfully passed the Amended Budget for the 2021 Fiscal Year (AFY21). This means that the AFY21 budget could be heard for a vote before the entire Senate body as soon as early next week. Likely, a conference committee will be formed, composed of members of both the House and Senate, to hash out a few of the remaining discrepancies between the each chamber’s version of the bill. This is typically a quick process and, when completed, we can focus our attention to the General Budget for 2022. As this process continues, I will be sure to keep you updated on the status of both budgets.

In the next few weeks, we also expect some significant progress to be made in terms of elections reform legislation. While many bills have been introduced, we have not yet had an opportunity to hear them in committee. I expect this to change starting next week. If you have any questions or concerns about these bills, the budget, or any other topic we address here at the Capitol, please don’t hesitate to reach out to my office.

Sen. Steve Gooch serves as Majority Whip of the Senate Majority Caucus. He represents the 51st Senate District which includes Dawson, Fannin, Gilmer, Lumpkin, Union and White counties and portions of Forsyth and Pickens counties.  He may be reached at 404.656.9221 or via email at [email protected]