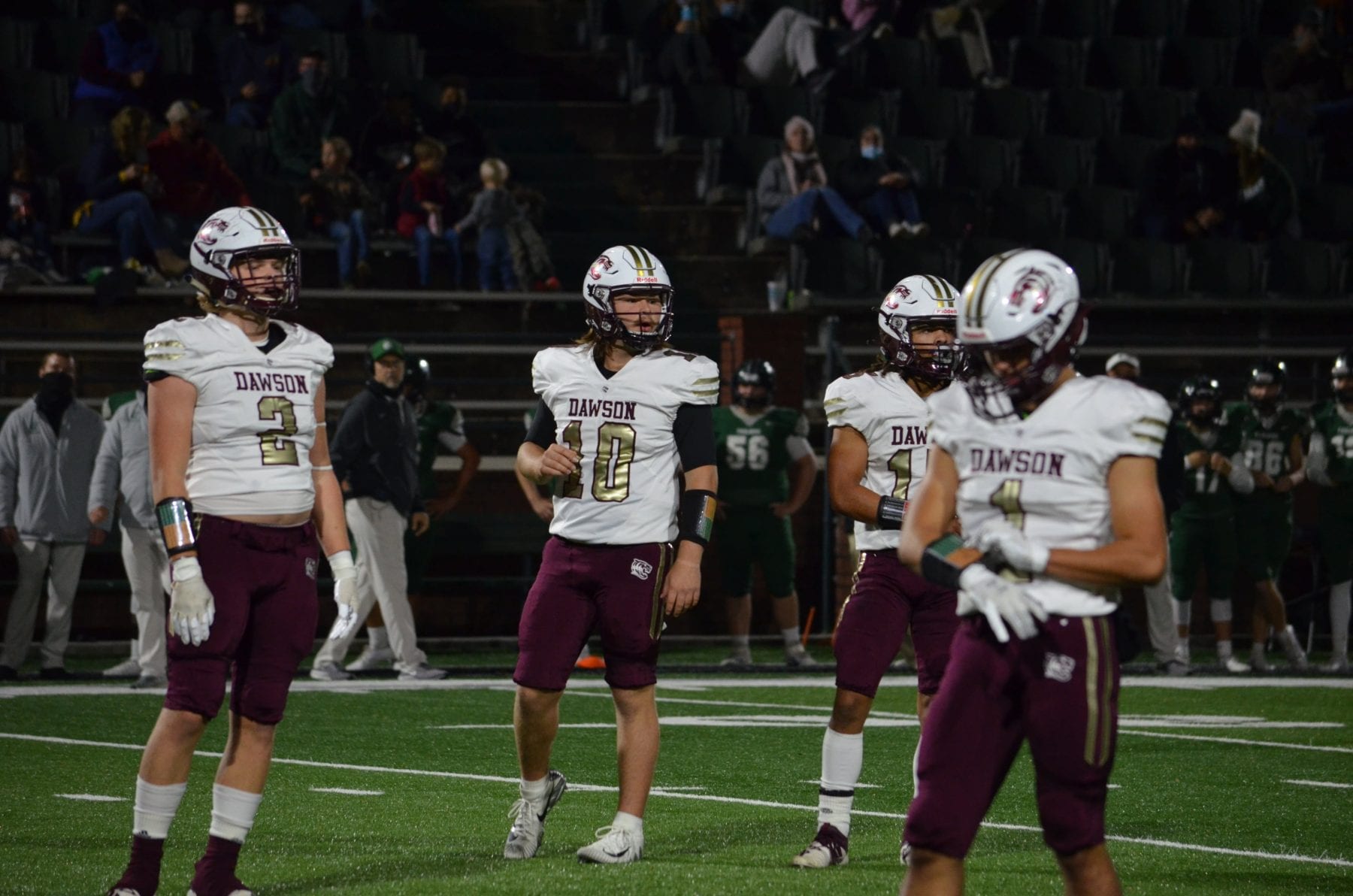 The Dawson Co. Tigers lost to the North Hall Trojans 34-21 on Friday night in Gainesville. Junior Zach Holtzclaw threw for two touchdowns and ran one more in, but the team struggled to stop the Trojans’ run game all night. 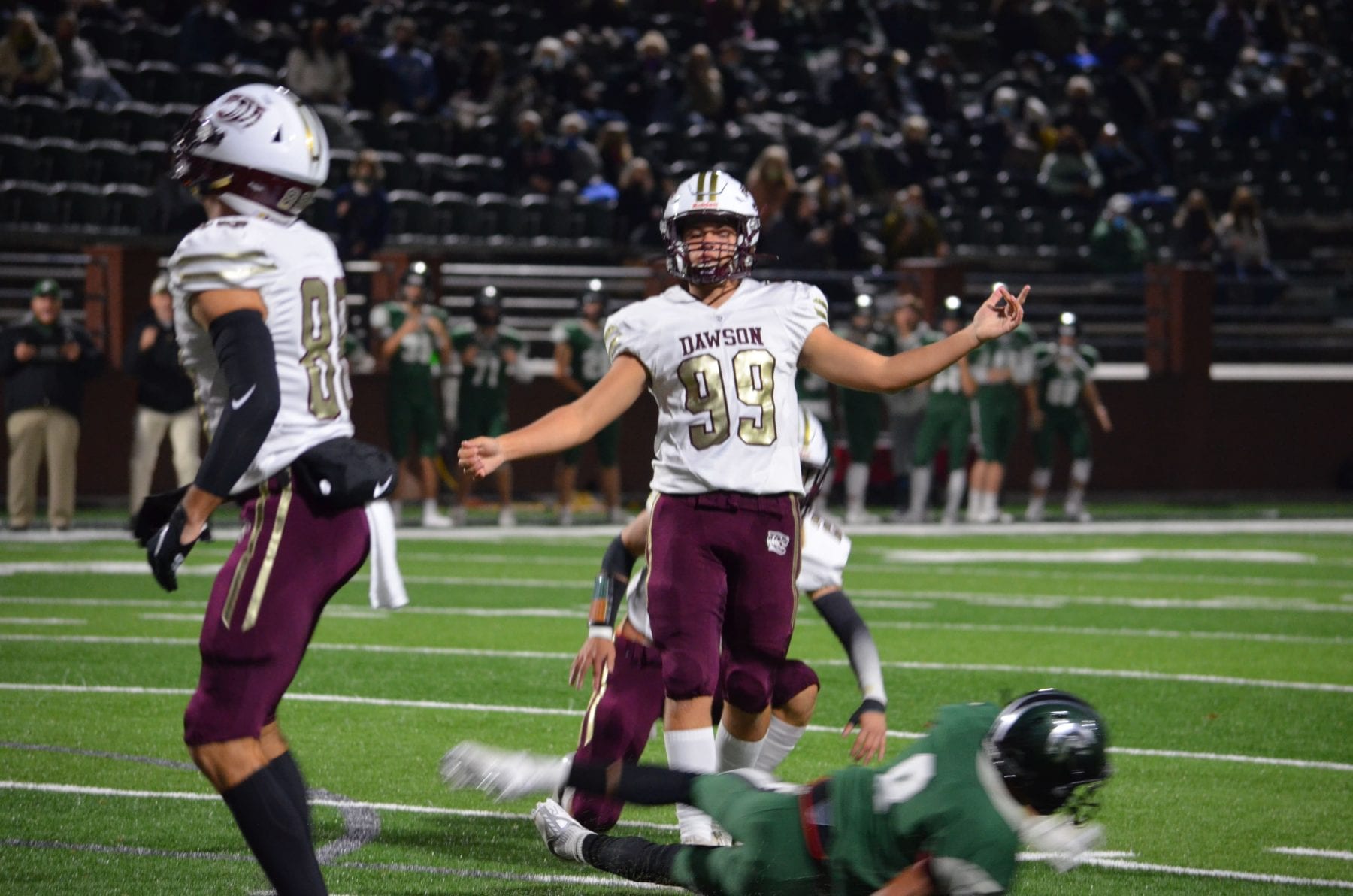 Senior Caleb Bonesteel kicking a field goal for the Tigers.

North Hall received the opening kickoff and quickly got their offense rolling. They drove the ball down the field in three minutes entirely on the ground to score a touchdown and take a 7-0 lead. The Tigers’ offense wasn’t quite as hot out of the gates, and their drive ended quickly with a three and out. Dawson Co. was able to get the ball back and drive down the field after forcing a three and out of their own. Senior Isaiah Grindle had multiple first down runs to set the Tigers up with great field position. However, senior Caleb Bonesteel’s 30-yard field goal attempt was blocked and recovered by the Trojans. North Hall used two big runs to score their second touchdown of the game and take a 14-0 lead.

Trying to get momentum back, the Tigers had a strong drive to go down the field. Not wanting to settle for a field goal, Dawson Co. attempted to keep their drive going on 4th down, but came up short. The Trojans built off this momentum and kept the ground game going. They marched down the field and scored their third touchdown of the game. They missed the extra point, which held their lead to 20-0. With all momentum on the Trojans’ side, they fumbled a punt attempt, which allowed the Tigers to start a late 2nd quarter drive up from the red zone. They took advantage of the field position, as Holtzclaw found sophomore Jaden Gibson for a 22-yard touchdown. Dawson Co. trailed 20-7 at halftime. 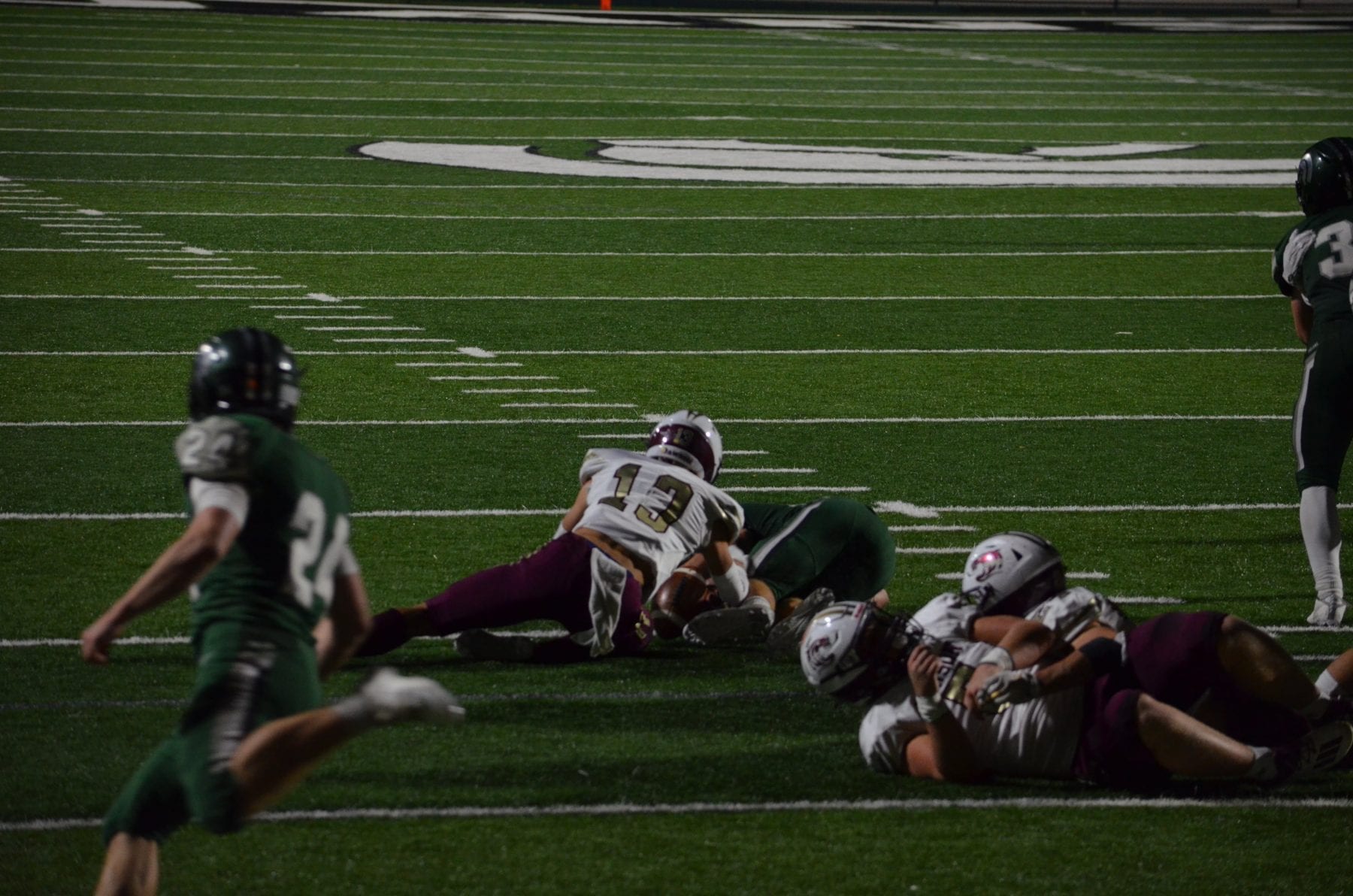 Senior Joey Glover recovering a fumble for the Tigers.

Halfway through the 3rd quarter, North Hall took a 27-7 lead with another touchdown run. The Tigers were able to respond again, as Holtzclaw found senior Tyler Lane for a 23-yard touchdown. Dawson Co. continued to have good drives, but they all ended early because of turnovers. North Hall scored the next points of the game on a touchdown run with two minutes left in the game. The Tigers’ offense finally came alive as Holtzclaw found Gibson on a short route. Before he could be tackled, Gibson lateraled the ball to Lane, who ran the ball all the way to the three yard line. This set up a touchdown run from Holtzclaw. Momentum continued to swing in favor of Dawson Co. as they recovered the onside kick. However, the comeback attempt came up short due to a fumble by the Tigers.

Dawson Co. finishes the regular season with a 5-5 overall record and a 4-2 region record. They finished as the third seed in the region, which means they will be on the road next Friday night for the first round of the Georgia AAA playoffs.