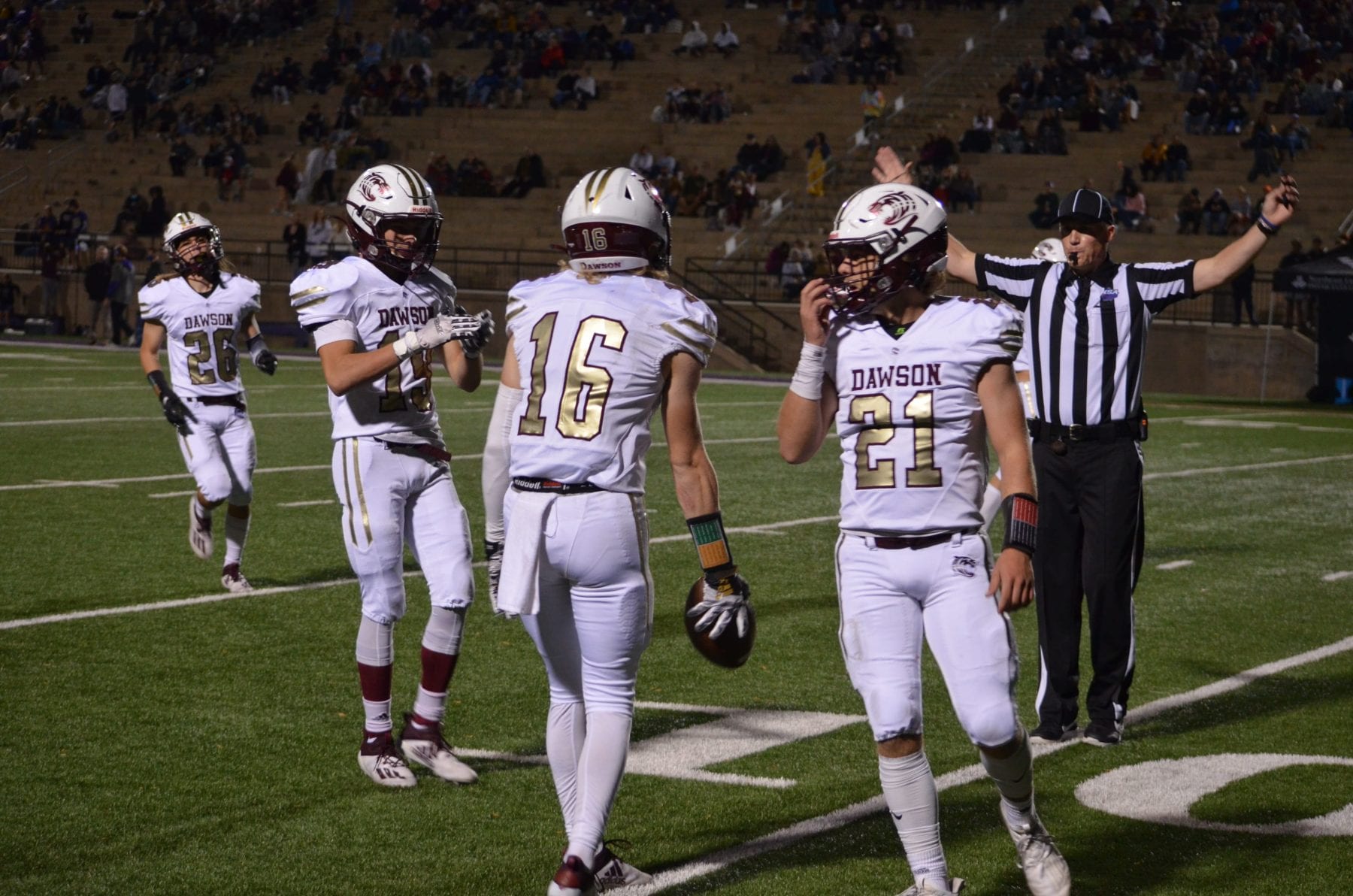 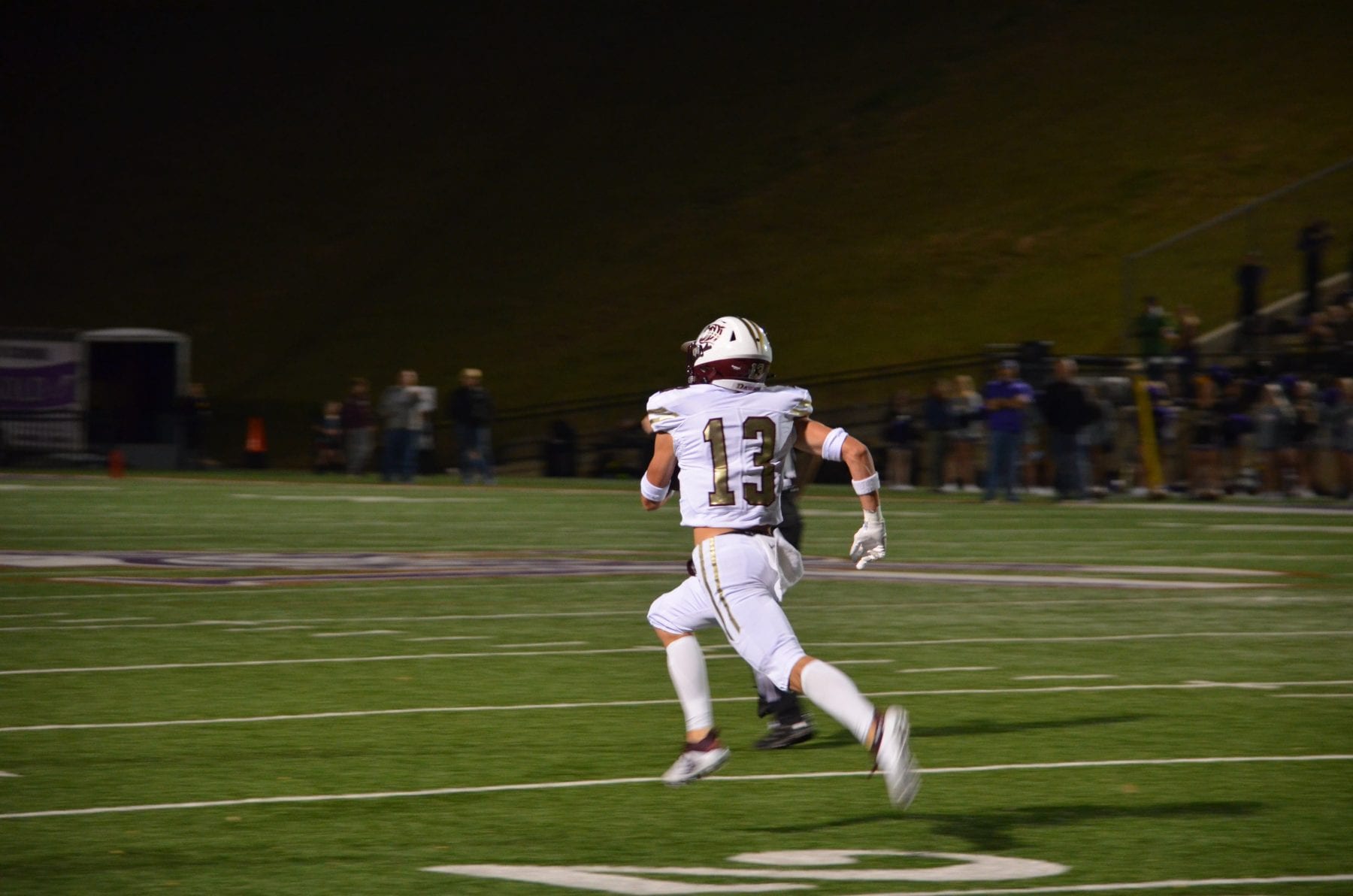 Senior Joey Glover returning a fumble 100 yards for a touchdown.

Lumpkin Co. received the ball and drove down the field to start the game. Sophomore quarterback Cooper Scott found a connection with fellow sophomore wide receiver Caleb Norrell multiple times on the first drive. Dawson Co.’s defense stood tall at the end and held the Indians to a 30-yard field goal by freshman Marcus Remillard that gave Lumpkin Co. a 3-0 lead. The Tigers responded quickly, as Holtzclaw found senior Dakohta Sonnichsen for a 69-yard touchdown pass on their first play. The Indians had another long drive that got them down to the goal line. However, senior Joey Glover poked the ball out on a quarterback sneak and returned it 100 yards to give Dawson Co. a 14-3 lead and swing all momentum in favor of the Tigers. 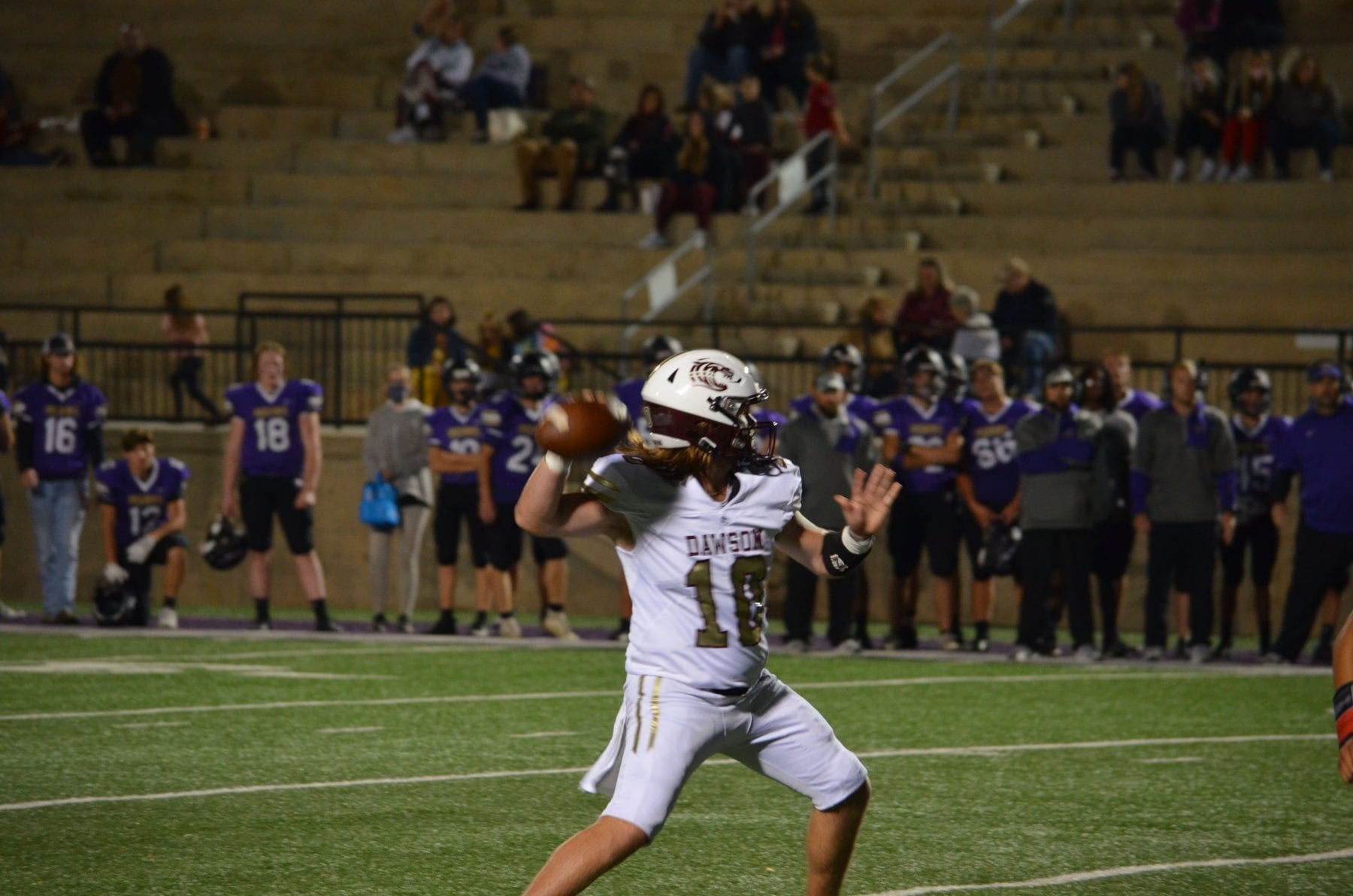 Dawson Co.’s defense continued to dominate, as they continued to force three and outs by the Indians. Sophomore Christian Webb and junior Jackson Grindle each ran in a touchdown to help the Tigers win 63-3.

Dawson Co. travels to play at North Hall high school next week, where they will be fighting for second place in the region.