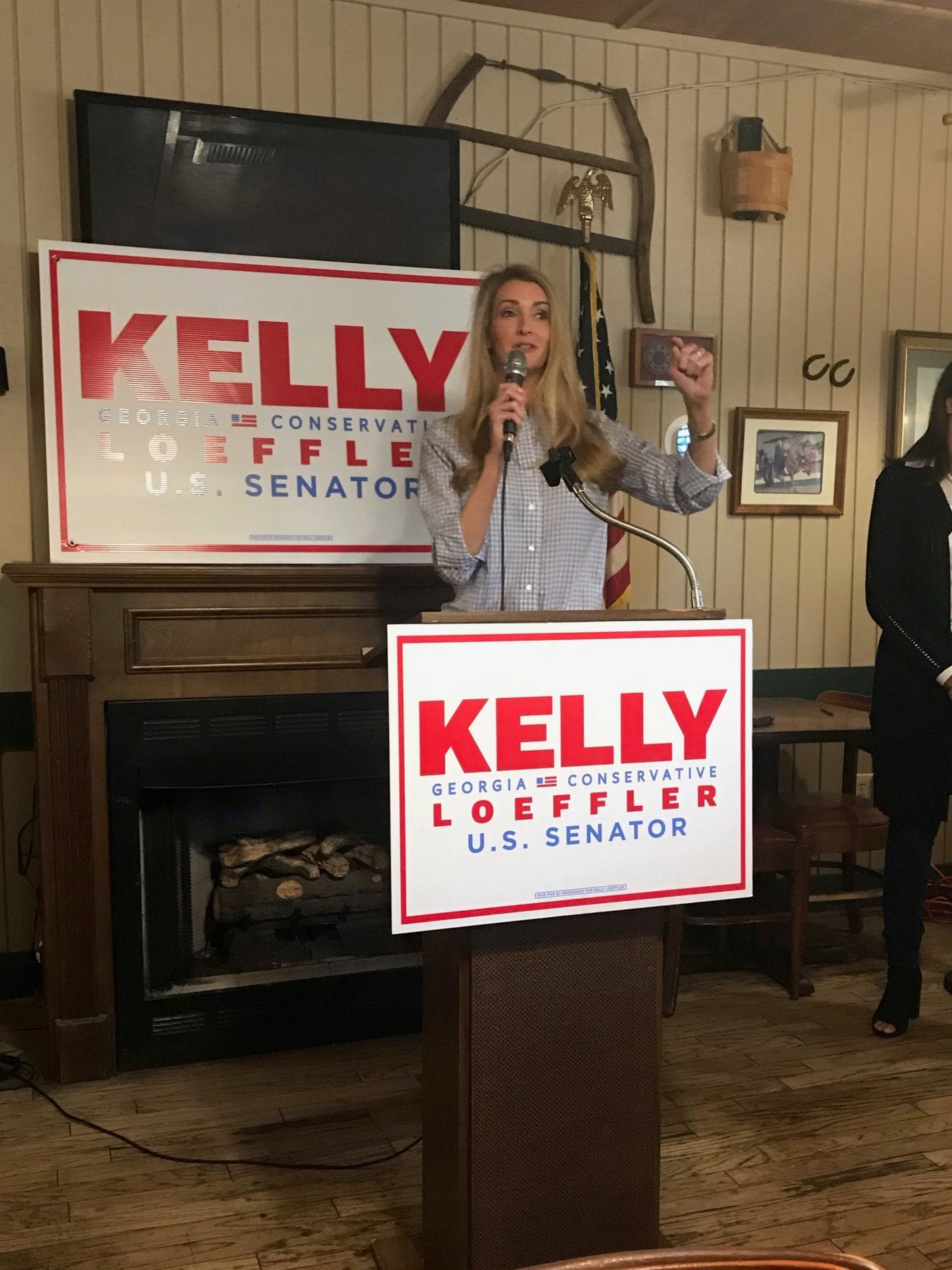 Gov. Brian Kemp appointed Loeffler to fill the unexpired term of Sen. Johnny Isakson, who resigned due to health reasons. She is now campaigning to retain the seat against 20 other candidates.

Haley told the breakfast crowd at Curt’s, “Gov. Kemp, you got it right.”

Speaking on behalf of Loeffler, she said, “She is going to be a rock star. She has not let you down. She went to Washington and put business to work. That’s what happens when you put a business person in Washington. They understand the value of a dollar. She understands when you give a person a job, you take care of a family.

“She’s been a fighter against the Black Lives Matter movement and against defunding the police. She is a fighter for term limits. She has had the back of our law enforcement every step of the way. We have to fight for her. We have to protect her.”

Loeffler began by taking a swipe at Democrats in general and Democratic Presidential candidate Joe Biden in particular. “When he talks about a ‘dark winter,’ he’s not talking about a change of seasons. He’s talking about his vision for America,” she said.

“He wants to raise your taxes. He wants you to pay $2,000 a year more so they can have more power. They want to take away your health insurance so government can bankrupt Medicare and Medicaid. They want to blow up our energy independence and make sure we go back to being dependent on the Middle East. But we’re not going to let that happen.”

She said Congress needs more business people “who know how to create jobs and more conservatives who won’t be intimidated by the swamp, the deep state, fake news.”

Loeffler said she was proud to be ranked the most conservative U.S. Senator.

“I have a 100 percent voting record with President Trump. I am endorsed by National Right to Life and every major pro-life organization. We should not give a dime to Planned Parenthood. It is a disgrace and it’s immoral. We should defund it.”

Loeffler also pledged to continue to protect the Second Amendment. She introduced the Gun Owner Privacy Act that bans the use of federal funds to store personal information collected during background checks attached to gun purchases.

She also took a called out the big tech companies for silencing the speech of conservatives but not the speech of “terrorists liberals and anyone else” and accused her Republican, opponent Rep. Doug Collins (R-Ga.), of taking hundreds of thousands of dollars from big tech.

“We have to hold big tech accountable,” she said.