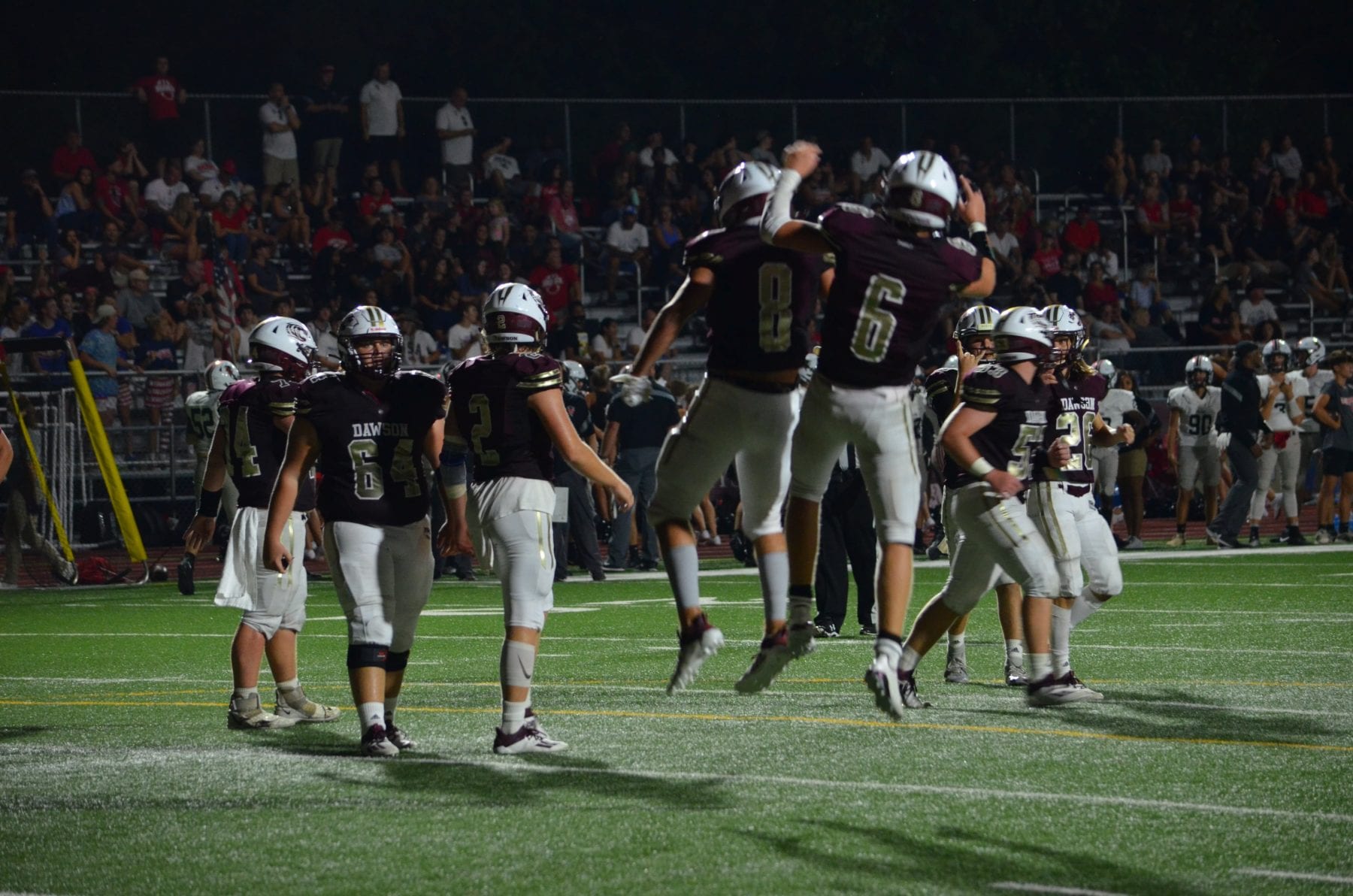 The Dawson Co. Tigers lost to the Flowery Branch Falcons 45-42 on Friday night in Dawsonville. The Tigers played well in a back and forth affair, but couldn’t get the job done in the end. They had strong performances from a number of players, including junior quarterback #10 Zach Holtzclaw, who threw for five touchdowns. 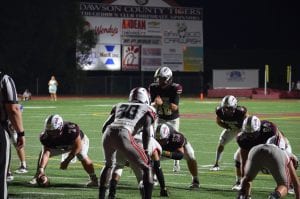 Junior #10 Zach Holtzclaw, who threw for 5 touchdowns in the game.

The Falcons struck first by scoring a touchdown on their first drive. Dawson Co. struck back quickly on a touchdown reception by #88 Tyler Lane in the back of the endzone. After getting a stop, the Tigers scored again seven seconds into the second quarter on an 11-yard touchdown reception by sophomore Jaden Gibson. Flowery Branch hit a field goal on the ensuing drive to make the score 13-10. Senior Isaiah Grindle extended the Tigers’ lead to 20-10 halfway through the second quarter on a screen pass that turned into a 47-yard touchdown. Flowery Branch finished off the first half strong by scoring two touchdown to take a 24-20 lead into halftime.

Dawson Co. started off the second half strong. After stopping the Falcons on their first drive, Holtzclaw found #26 Tray Cohen for a 28 yard touchdown to give the Tigers the lead. On the next drive, Gibson intercepted a pass to get the ball back for Dawson Co. One play later, Gibson had a 47-yard reception to set the Tigers up with a 1st and goal from the 3-yard line. Grindle ran in the touchdown on the following play. Flowery Branch marched down the field and scored quickly on the next possession. Dawson Co. had a good drive going on the following possession. Senior Dakohta Sonnichsen had a 58-yard touchdown that was called back due to a penalty. The Falcons scored on back to back long drives as they led 45-34 with 6:05 remaining in the game. 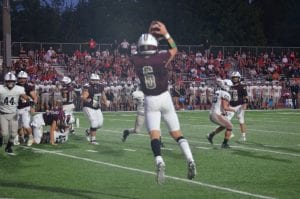 Three minutes later, Holtzclaw found #8 Nic Baloga for a 16-yard touchdown, which was Holtzclaw’s 5th of the game. Gibson ran in the 2-point conversion, which made the score 45-42 in favor of Flowery Branch. After a failed onside kick attempt, the Falcons drove the ball down to the goal line. However, the Tigers continued to fight. They stopped Flowery branch on 4th down at the 1-yard line. Dawson Co. was able to make a few positive plays, but couldn’t manage to drive the ball down the field to score, as they fell 45-42.

Dawson Co. plays again at home next Friday as they host South Forsyth at 7:30 p.m.