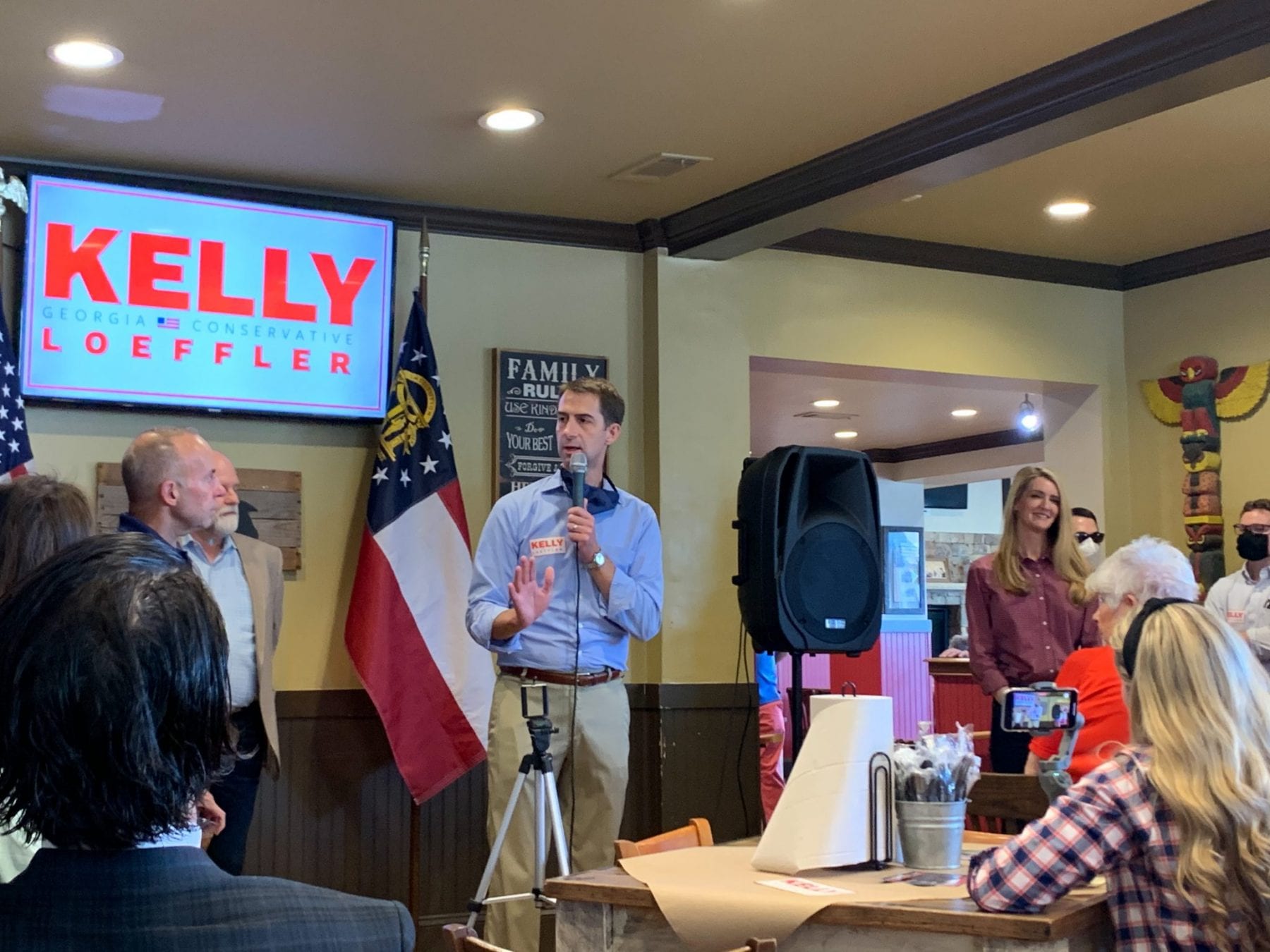 Cotton said the past eight months with Loeffler at the capital, it has been a “breath of fresh air.” Additionally, Cotton said that Loeffler has been a “great champion” of “conservative values,” such as the second amendment and anti-abortion. 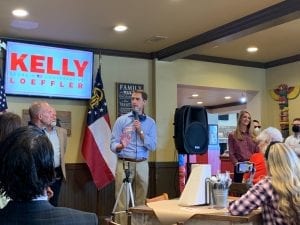 With election season well underway, Cotton said Washington is in need of a candidate to preserve the ‘American idea.’

“With so much at stake but with so much controversy…it takes more than just an ordinary republican to withstand the heat in Washington,” Cotton said. “It takes a true defender of America…and that’s what you have with Kelly Loeffler.”

Loeffler’s main drive with her campaign is to protect the American dream. At the rally, Loeffler reflected on her younger years of learning what it means to be a hard worker; being a fourth-generation farmer and the first in her family to graduate from college.

“It gave me a deep respect for hard work,” Loeffler said.

Loeffler also touched base on how she ‘spoke out’ on the topic of Black Lives Matter.

“I’ve put my actions where my words are. I recently spoke out against the BLM political organization,” Loeffler said. “Let me be clear; it’s very different from the statement ‘black lives matter’ because we know that the life of all African Americans is important and there is no place for racism in this country, we have to root it out.” 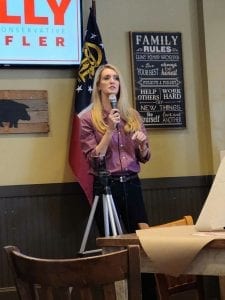 Loeffler said the BLM number one goal is defunding the police within the next five years, as well as “promoting violence across the country.”

According to Loeffler, homicides went up 240% within a month. Loeffler expressed her passion of the relevance of developing manufacturing jobs on U.S. soil rather in China.

“If it’s going to be America first, it has to be American-made,” Loeffler said. “We have to keep America safe.”