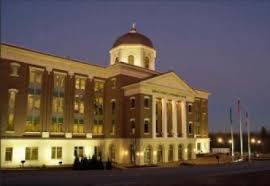 DAWSON COUNTY, Ga. – On Friday, (June 26) city and county officials began talks on the intergovernmental agreement (IGA) that must be approved before a SPLOST VII referendum can be placed before the voters in March 2021.

If voters approve – and given the current state of the economy, that is far from a certainty — officials have projected the one percent special purpose local option sales tax will generate about $60 million. That is sure to spark some difficult negotiations since the county’s list of desired projects alone totals $73,030,500 and the city wish list totals $12,200,000.

City officials’ project list includes roads, bridges and sidewalks ($2.75 million), water and sewer ($5 million) parks and recreation ($1 million). The city also listed several projects to be funded by both governments, including the deep patching and repair of Robinson Rd., Elliott Village and George’s Place, new road construction of Pamela Circle and the intersection of Hwy. 9 North and Perimeter Road.

Many of the county’s most expensive projects like road improvements, an emergency communications system, a new emergency operation center and equipment for the sheriff’s office, benefit both city and county residents.

Commissioner Julie Nix stressed that SPLOST VII, if approved, will not be a new tax, but an extension of SPLOST VI. Dawson County citizens demonstrated their reluctance to approve any tax — whether it’s a new one or the continuation of an old one – by defeating the TSPLOST on June 9.

Commissioner Chris Gaines called that “a shot across our bow” and a signal that citizens want more efficiency in government.

He recommended calling in a third party like the Carl Vincent Institute at the University of Georgia to help the two governments reach a successful IGA.

City and county officials are expected to meet again, collectively and individually to continue the discussion.