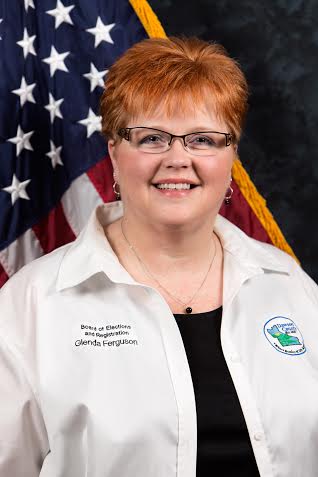 DAWSON County, Ga. – Voting problems that were reported in Fulton and DeKalb counties last week did not materialize in many rural north Georgia counties.

In Dawson, White, Lumpkin and Habersham counties, voting went smoothly. Gilmer County did experience an internet issue that caused a 30-minute delay in opening at 7 a.m. But the problem was corrected and the precincts remained open an additional 30 minutes until 7:30 p.m.

Dawson County Election Supervisor Glenda Ferguson said, “I think it went great. We didn’t have any major issues and we finished counting around 11 p.m.”

The one small glitch was caused when voters attempted to remove the two-sided ballot before the second side printed. “That caused the printer to jam but for the most part, I didn’t hear many complaints. A lot of people complimented the new system. I think they really liked it.”