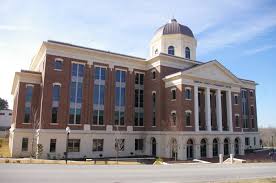 Authorities believe Hannah Bender was murdered in Lumpkin County and her body was taken to Forsyth County where it was discovered in a shallow ravine.

A fourth suspect, 78-year-old Jerry Harper, was indicted on one count each of violating Georgia’s street gang law and hindering the apprehension of a criminal. According to his indictment, Harper helped hide Stryker days after Bender’s death while Stryker was the subject of a nationwide manhunt.

Stryker fled to Pennsylvania after the murder and was taken into custody on Oct. 2 by U.S. Marshals and the Georgia Bureau of Investigation.