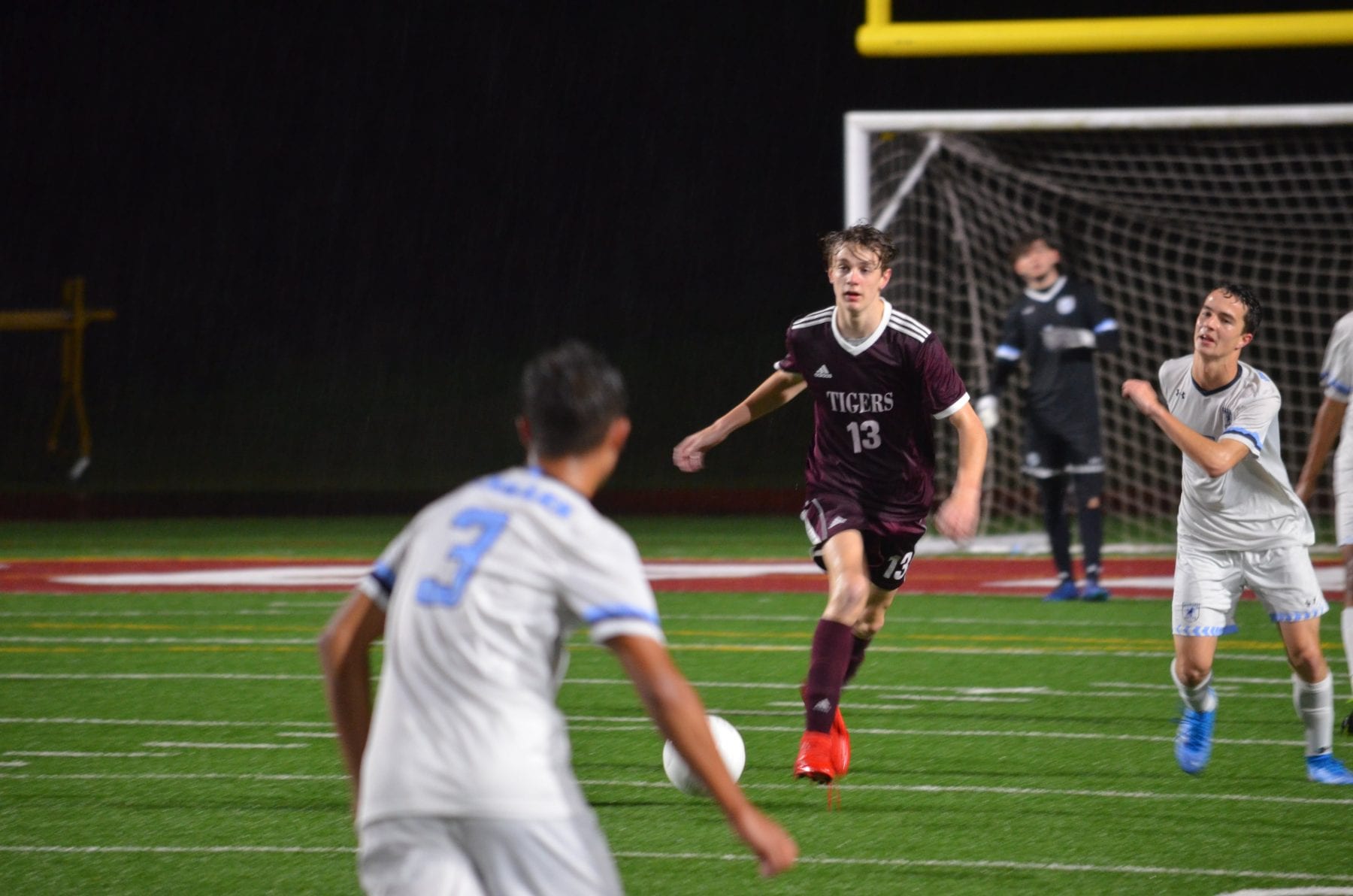 The Dawson Co. Tigers (0-5) fell to the Denmark Danes (2-1-2) at home on Tuesday night. The Tigers’ lone goal came from senior Michael Velasquez with eight minutes left in the first half. 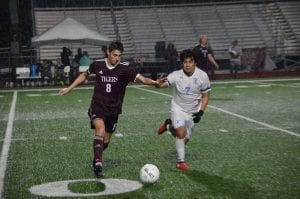 Senior Michael Velasquez makes a play on the ball while guarded by a Denmark player.

Denmark struck first with back to back goals early in the first half. On the second goal, Tigers’ goalie, sophomore Gio Hernandez, was injured after hitting his head on the side of the goal. The backup goalie for Dawson Co. was junior Mason Truitt, who played the remainder of the game. 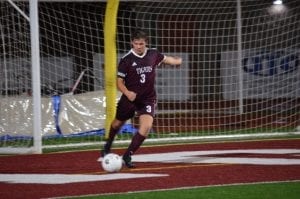 Junior Caleb Bonesteel loads up for a booming kick.

Denmark scored two more goals before Velasquez scored with eight minutes left in the first half. The Danes scored three more times before the break to lead 7-1 halfway through the match.

Denmark scored four more times in the second half to win 11-1.

The Tigers play again on Thursday at home against Pinecrest Academy at 7:30 P.M.