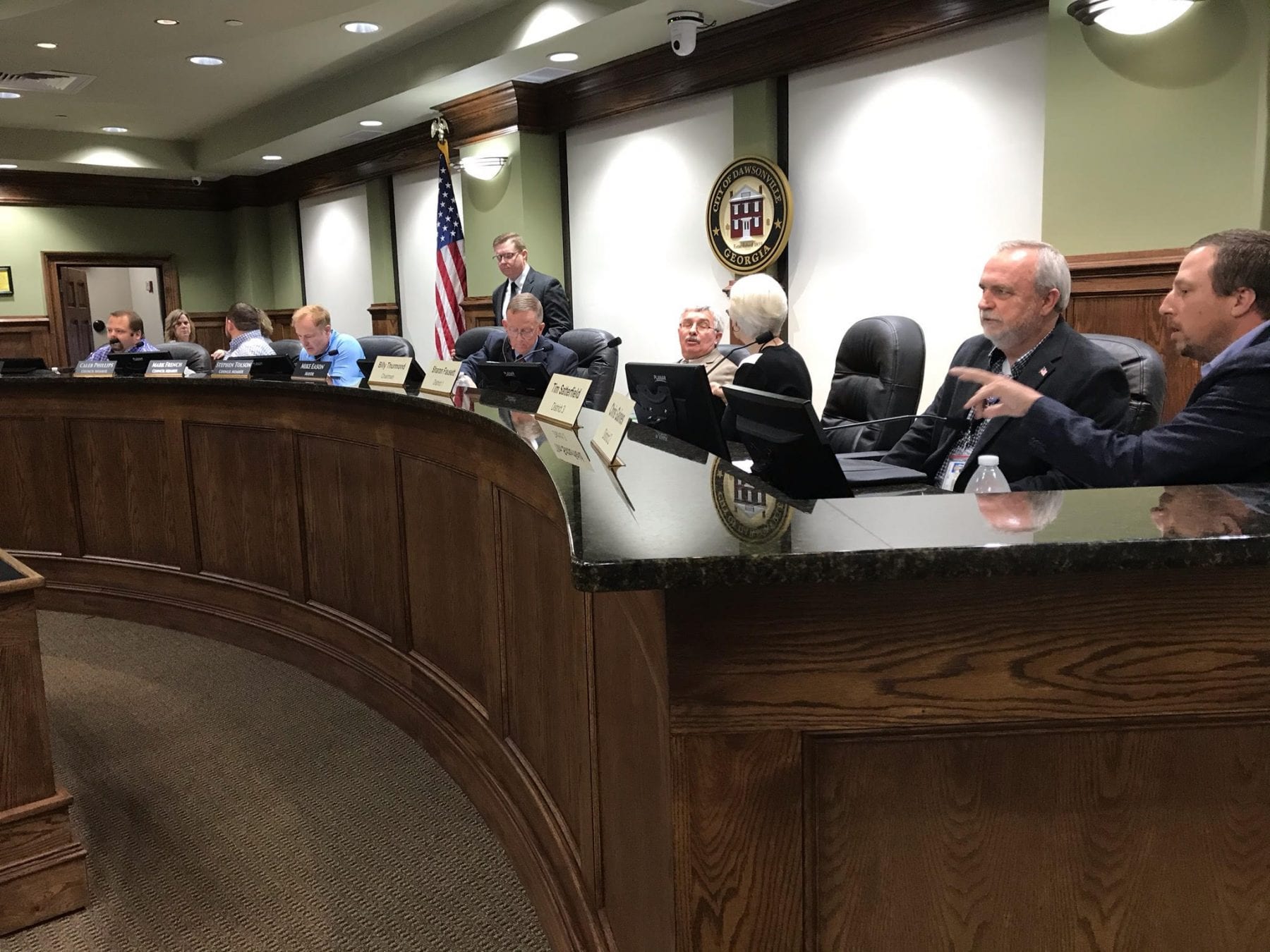 The question to be placed before voters on the May 19 general primary election ballot would read:

“Shall a one percent sales and use tax be imposed in the special district consisting of Dawson County for a period of time not to exceed five years and for the raising of not more than an estimated amount of $45 million (forty-five million) for transportation purposes.”

City and county officials submitted separate lists of road projects they will include in the TSPLOST if it is approved.

The most expensive is an on-going, every-day road improvement program with a cost of approximately $10,500,000. Next most expensive is the storm water culvert rehabilitation project with an estimated cost of$7,000,000.

McKee said, “We maintain about 91 miles of storm water culverts. Of those 91 miles, you can imagine a lot of them are failing. This will allow us to start a program to align those pipes so when it does rain, we don’t have roads to collapse.”

Road projects the city would like to include in the TSLPOST with estimated costs in parenthesis are:

Road projects the county would like to include in the TSLPOST with estimated costs in parenthesis are: