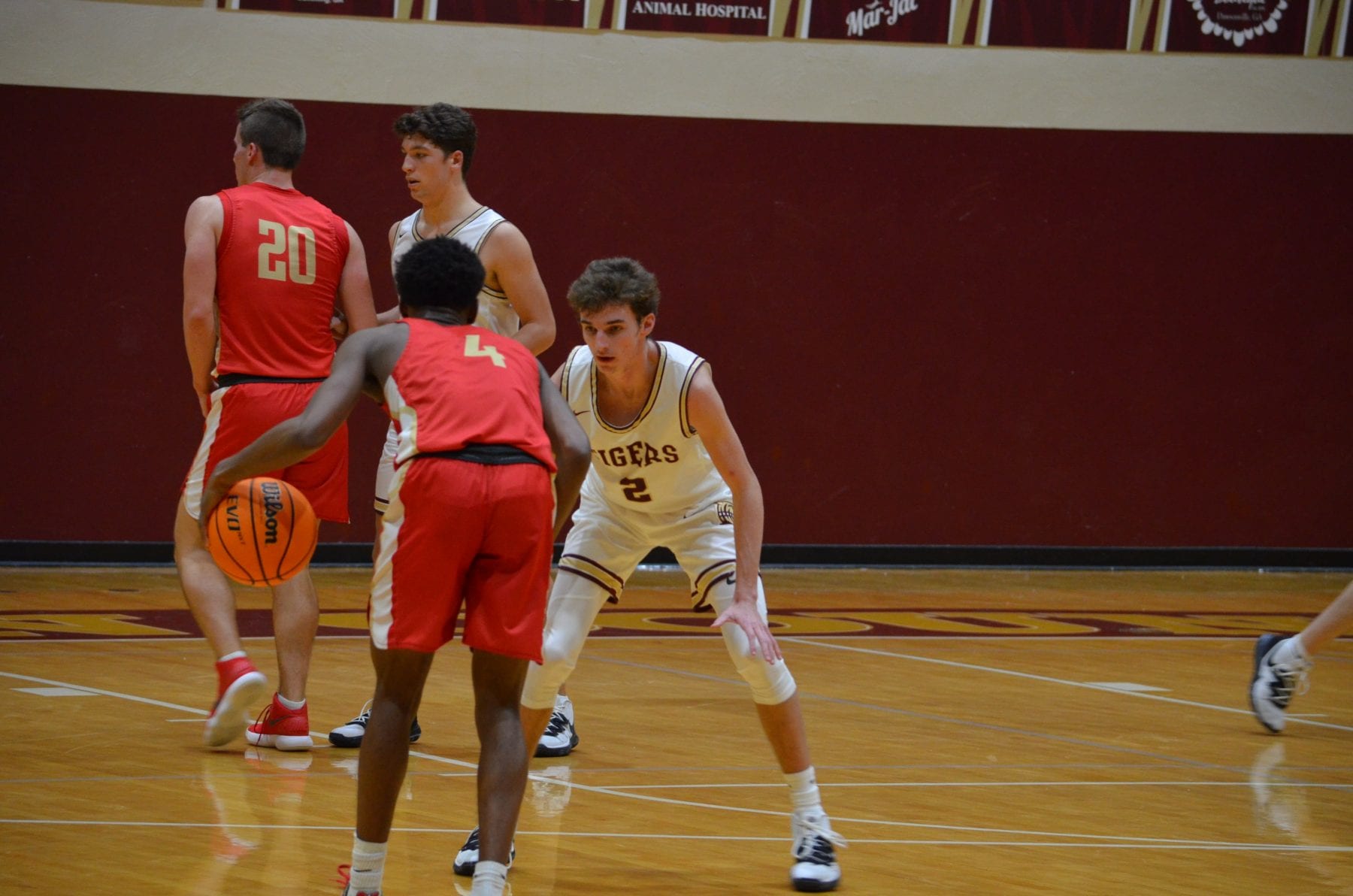 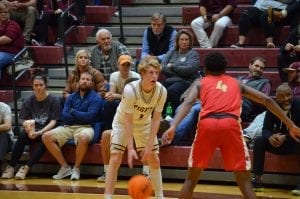 Mason Barnes sizing up the defense.

The first quarter was one of the lowest scoring quarters for the Tigers all season. The Spartans worked hard to deny Gibson the ball, and it slowed the Tigers offense early. Dawson Co. lead 8-6 after the first quarter.

The game remained close and low-scoring in the second quarter. The Tigers finished the period on a 6-0 run to take an 18-12 lead into halftime. 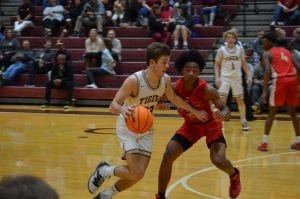 Jasper Gibson driving into the lane.

The Tigers came out of the break scoring much better than the first half. They used a long 14-1 run in the middle of the quarter and lead 32-20 heading into the fourth quarter.

Dawson Co. has another home game this Friday against Denmark at 8:30pm.