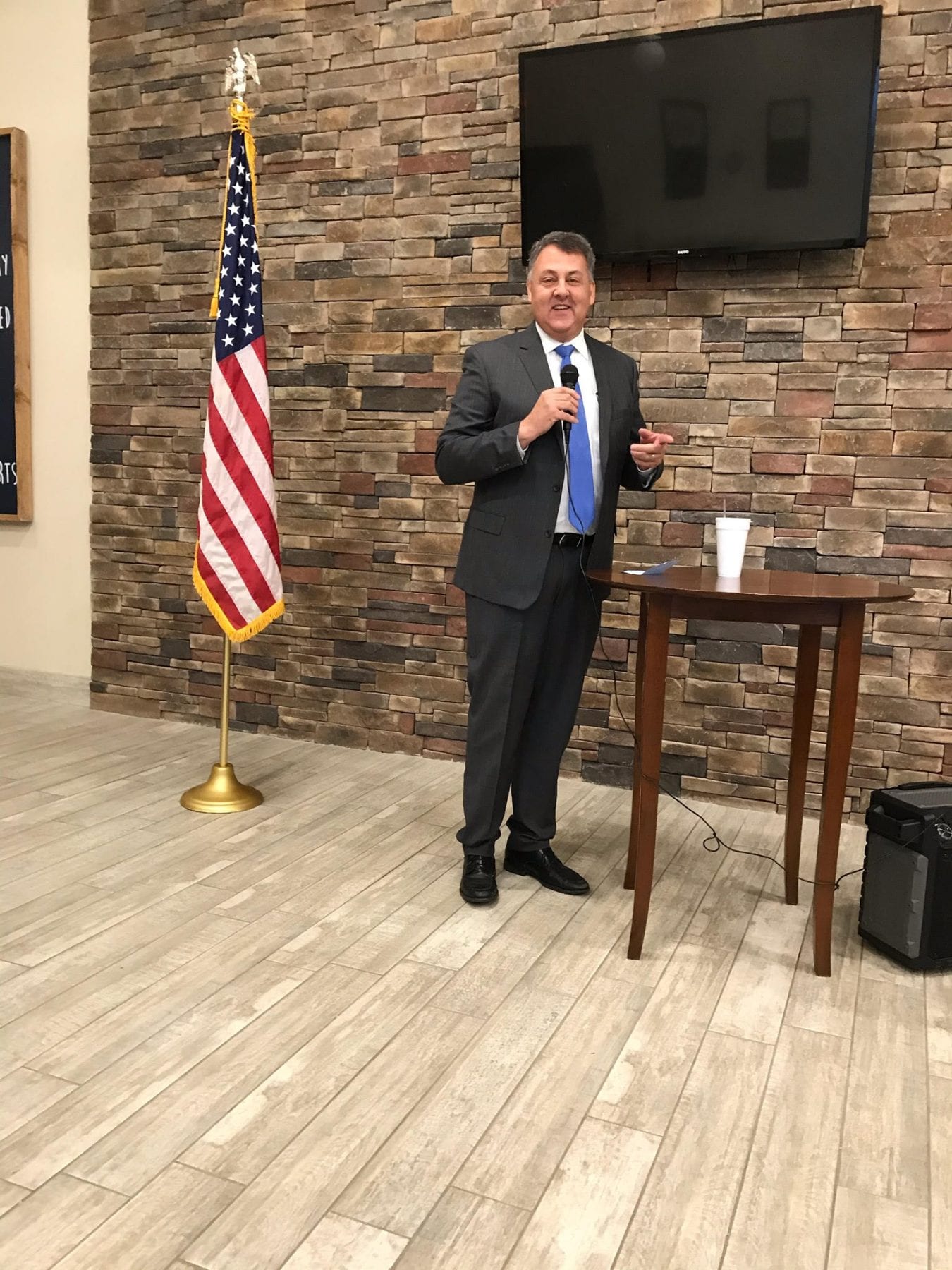 WHITE COUNTY, Ga. – With the next session of the General Assembly starting Monday, State Sen. Steve Gooch (R-Dahlonega) spoke about some of his priorities during an Eggs and Issues Breakfast at The Bridge Church in Cleveland Friday.

“Insurance seems to be one of the biggest concerns in my area right now,” Gooch said. “The health insurance issue that recently impacted Northeast Georgia Medical Center with Anthem has been a near crisis situation. First of all, I believe the private sector should be left alone as much as possible.”

NOTE: When Northeast Georgia Health System announced it would no longer consider patients insured by Anthem in-network, thousands of patients faced out-of-network prices if they accessed care at NGHS’ hospitals, urgent care facilities and physician group centers. Fortunately, the two parties reached an agreement this month that will keep the health system in network with Anthem commercial health plan members.

“I don’t think the government should interfere with those kinds of things until they become ineffective and basically dysfunctional and I think it had gotten to that point,” Gooch told the audience. “The situation became critical for many of us here in north Georgia. When you get a letter in the mail that says you are no longer in network at Northeast Georgia Medical Center, it puts a little fear in your mind and panic across a lot of households, especially mothers with young children. If you have to drive to a doctor in Cumming or Alpharetta, that’s a problem. You should be able to go to a doctor in your hometown.”

While thousands of area residents have dodged a bullet for the time being, patients in other parts of the state may still be in jeopardy.

“We don’t know what the future is going to hold,” Gooch said. “We’re told this could happen again in other parts of the state. So, I’ve asked the chairmen of our Health Committee and Insurance Committee in the senate to look at what we can do legislatively to give all our citizens opportunities and options if this were to happen again. It happened two years ago at Piedmont so this is something at the top of a lot of people’s minds.”

Broadband access for rural communities is an issue Gooch has worked on for years.

“Rural broadband is a huge problem,” he said. “It’s not just in north Georgia. It’s all over the country and the world. It’s going to come down to billions of dollars to fix it. It’s going to require mostly private money, but also some state assistance to get some of the areas where it is really rural and there is no return on investment.”

The senator said he is working on legislation that would repurpose fees that are already being collected on everyone’s phone bill.

“I have a piece of legislation we’re looking at some funding – not to increase anybody’s fees or taxes – but to repurpose a universal access fund that is already being collected on your phone bill,” he said. “A lot of that money is being used for land line telephones. I don’t know many people that are installing land line phones any more but we all pay between $1.50 and $2 per month for that grant program that is administered by the Public Service Commission. So we’re looking at how we can repurpose that money for broadband grants that would allow Windstream and North Georgia Network and any others that want to get into the business to leverage that with some of their private funds and USDA grants.”

Gooch said transportation is another issue he is working on. White County and Lumpkin County officials have approved a resolution he introduced to hire a  consultant to study what it would take to connect their counties via a four-lane highway from Hwy. 115 to Ga. 400.

A project like that is going to take as long as the Appalachian Parkway did when we started planning it decades ago,” he said. “But if you don’t plant the seed, you’ll never grow the crop.”