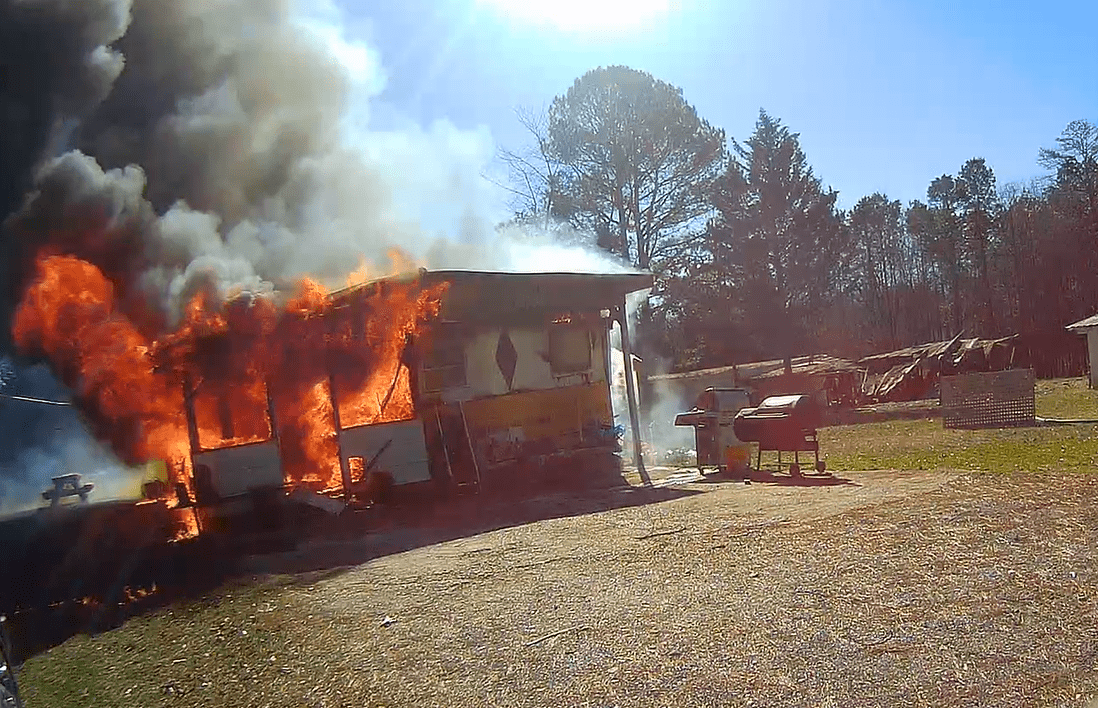 DAWSONVILLE, Ga. — Dawson County E911 received reports of a house fire off War Hill Park Rd. at 11:45 a.m. Wednesday (Jan. 8). The first arriving units found heavy fire from a single-wide mobile home. Personnel began defensive operations due to the amount of fire involvement. Personnel on scene were able to bring the fire under control within 20 minutes of arrival.

A male subject was life flighted from War Hill Park to Grady Memorial Hospital due to burn injures that were sustained in the fire. The cause of the fire remains under investigation but does not appear to be suspicious in nature. Forsyth County Fire responded with mutual aid with an Engine, Rescue and Battalion Chief, as well as Lumpkin County with a med unit.

Dawson County E911 received reports for the second house fire off Caboose Lane at 1:31PM. Crews arrived on scene of a two story, single-family structure with smoke showing in the attic. Personnel made an aggressive interior attack on the fire, bringing it under control quickly.

There were no civilian injures noted at the Caboose Lane incident. The cause of the fire is under investigation but does not appear to be suspicious in nature.

This is a good time to remind our community to be mindful and keep items at least 3 feet away from any heat source. At the first sign of fire, to always call 911 and get the fire department in route as soon as possible.