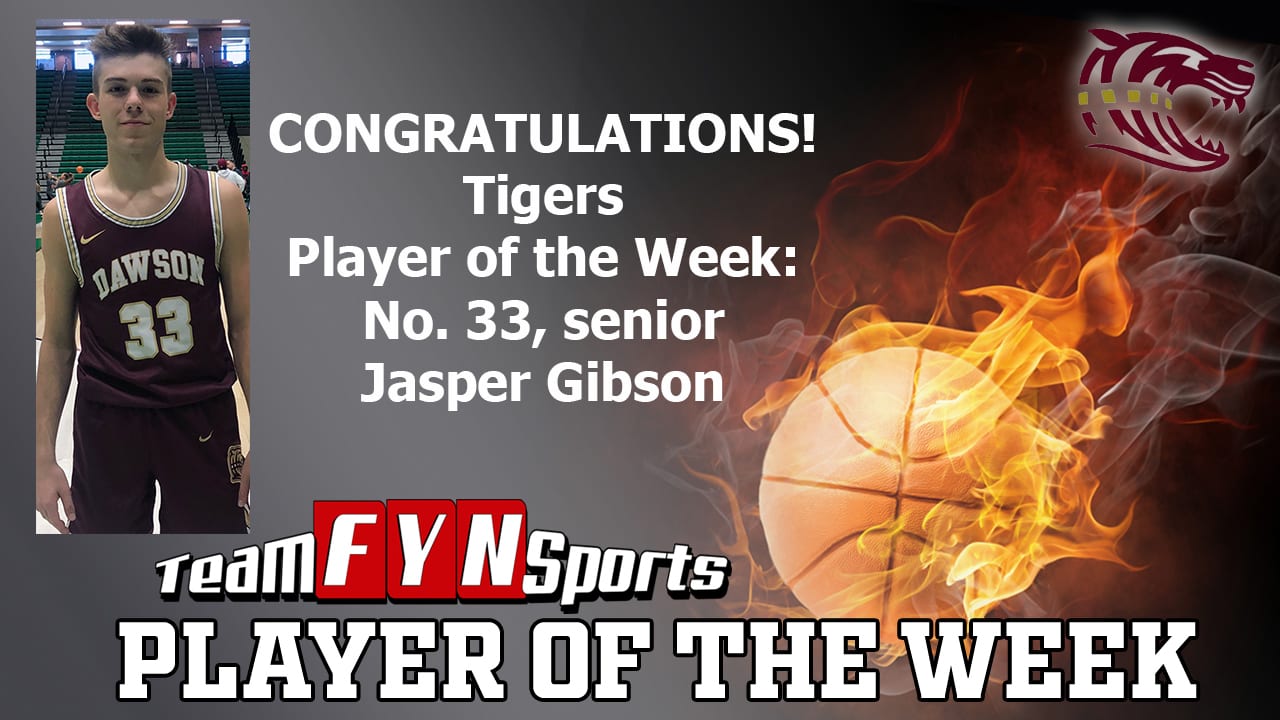 Jasper Gibson is the TeamFYNSports Player of the Week for the Dawson Co. Tigers!

Gibson, a 6-foot-2 senior guard, has been an absolute scoring machine for the Tigers (15-2, 5-0 Region 7-AAA), who are currently ranked second in the Class AAA.

While the team only played one game last week, Gibson put on a show with a triple-double.

Gibson will look to continue the dominance he showed during the first half of the season as the Tigers move into the bulk of region play.

For his efforts, Gibson is the TeamFYNSports Player of the Week for the Dawson Co. Tigers!