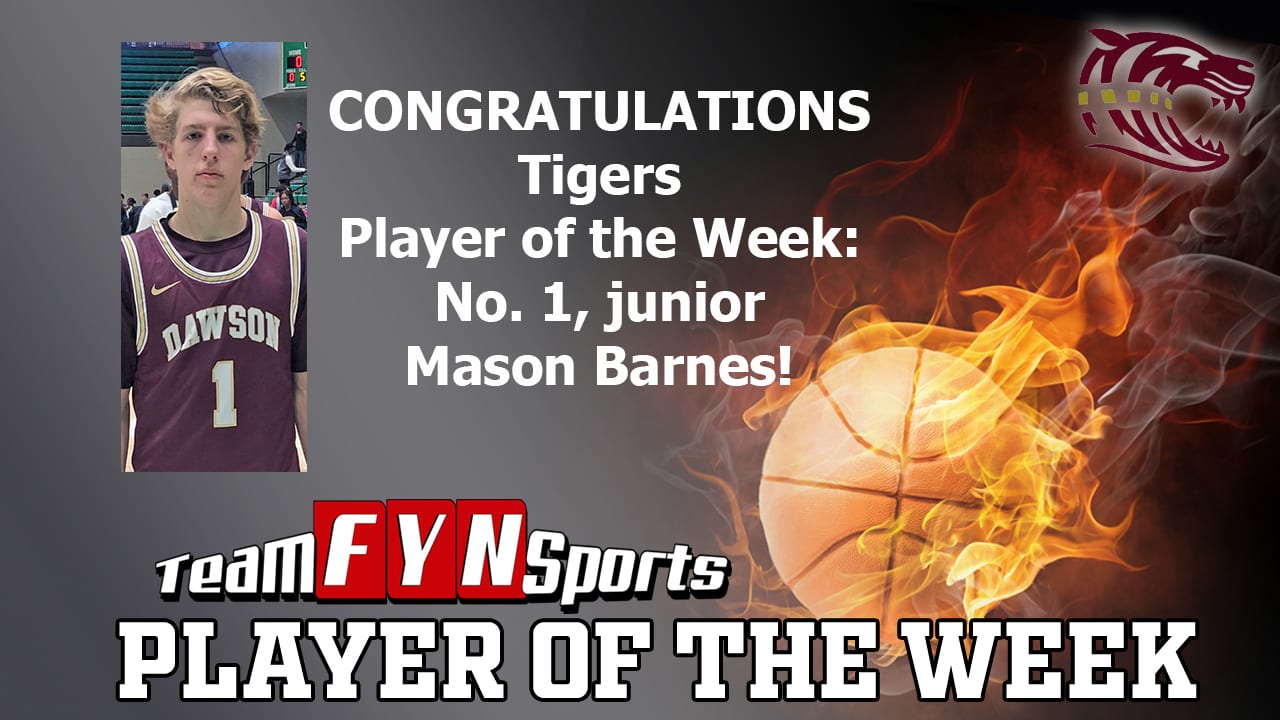 Junior Mason Barnes moves the ball for the Tigers.

After scoring 53 points, pulling down 14 rebounds, and adding 13 assists during a three-game span last week, Dawson Co. junior guard Mason Barnes is the TeamFYNSports Writer’s Player of the Week for the Tigers!

During those three games, Barnes led the team in scoring in two, both of them victories.

Barnes put up a team-high 23 points, seven rebounds, and three assists in a 70-59 win over Creekview in the opening round.

In the 67-62 loss to Cherokee in the second round, Barnes scored 10 points to go with four rebounds and three assists.

Against North Forsyth in the third-place game, Barnes scored a team-high 20 points to go with three rebounds and seven assists.

For his efforts, Barnes in the TeamFYNSports Writer’s Player of the Week for the Tigers.