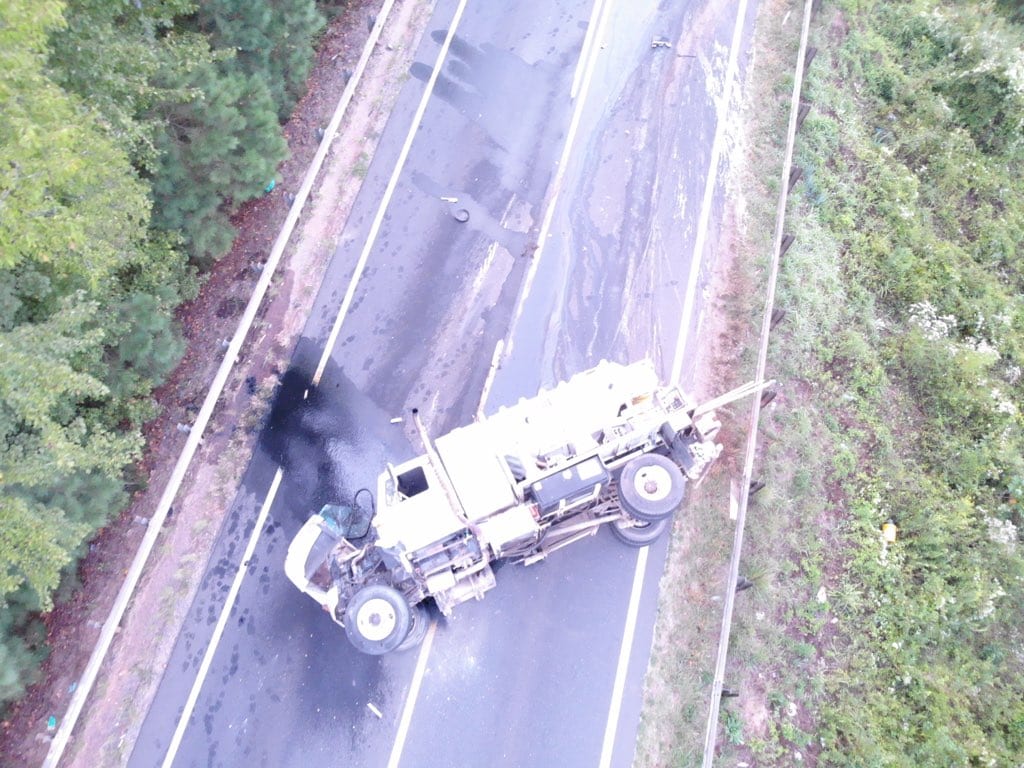 DAWSONVILLE, Ga. — Authorities have arrested a Gainesville woman in connection with the accident that closed Dawsonville Highway for several hours Tuesday.

The accident took place at approximately 5:30 a.m. Several hours later, Pamela Russell, 64 of Gainesville, was charged with driving under the influence of drugs. She was transported to Dawson County Detention Center.

Ammonium nitrate is used in mining operations and requires a blasting cap to be detonated. Emergency Services Director Danny Thompson said there was very little danger of an explosion since no blasting caps were present. He did recommend that residents of nearby Sundown subdivision “shelter in place” until the highway was reopened.

Remediation companies were called in immediately. Thompson said the spill was quickly contained and there was no leakage into nearby waterways.