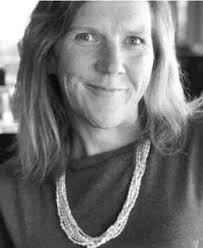 “I want her story told because she is not here to tell it,” said Susan Stute who has been the victim’s friend for 27 years.

Gibson was shot to death by her husband, Jeremy Gibson in the parking lot of Fire Station 7 in Dawsonville on July 29.

Concerned that her friend’s good name might be drug through the mud during a murder trial, Stute said, “She was one of the smartest, strongest, most fearless people I have ever known. She majored in international business at Georgia Southern and after graduation held a number of highly prestigious jobs.”

“She started out working in advertising with Auto Trader then went to work for Porsche North America in international advertising then on to Nissan,” Stute said. “She traveled all over the world. When she married Jeremy, she was very proud of his service in the Army Rangers.

“The couple wanted children very badly and Alex suffered one miscarriage before her daughter was born under very traumatic circumstances. Three years later the couple had a son.

“She was a very dedicated mother. She wasn’t one to let the kids sit and watch TV. She wanted to make sure they were busy, whether it was art projects or reading books or playing outside. She loved to have them help her in the kitchen. She was a great cook and she was always experimenting with nutritious meals for the family.

“Jeremy was career military and had traveled all over the world. He was diagnosed with post traumatic stress disorder (PTSD) and received a medical discharge two years shy of 20 years’ service.

“When their daughter was born under traumatic circumstances, Jeremy’s therapist said that kicked his PTSD into high gear.

“Alex never admitted to me any physical abuse but told me there was severe mental and emotional abuse. Two years ago, the situation became so intolerable for her that she sought counselling. Jeremy suspected she had a boyfriend and he said he was going to ruin her.”

On May 29 Jeremy Gibson made good on that threat. He called a friend, Sgt. Larry Busher, with the Dawson County Sheriff’s Office, to report Alex had attacked him and blackened both of his eyes. Busher then arrested Alex.

“Jeremy told Busher she was on meth and anybody who knows Alex knows she has never done drugs,” Stute said

Stute said she had a problem with Jeremy Gibson’s version of the event.

“First of all, he is a decorated combat veteran, an Army Ranger with extensive training. Nobody other than another Army Ranger could have gotten close enough to him to give him a black eye.

“Second, if he felt he was in danger, why did he call Busher instead of 911,” she asked.

Stute said Alex told her what really happened that night:

“She woke up one night with him on top of her choking her to the point she passed out. He threw a cell phone, striking her in the head. He then continued choking her off and on and whenever she would come to, he would choke her some more. She said he told her, he was going to ruin her. Then he balled up his fist and began hitting himself in both eyes repeatedly. When he got through doing that, he told her she was done for now.”

When Busher arrived at the scene, Alex didn’t have any marks on her but Jeremy had blackened eyes so she was arrested.

“But the next day, they found bruises on her neck and arm and they did a lot of tests on her and found there was no illegal drug in her system,” said Stute.

She and other friends wondered why more wasn’t done to protect her.

“She reached out to police, to her own lawyers, a battered women’s organization, to DFACS. Everyone told her there are charges against you and Jeremy is the victim. We can’t help you.”

Gibson appeared before Dawson County Chief Magistrate Judge Lisa A. Poss-Thurmond last week where he is charged with five felonies – two counts of murder, one county one of cruelty to children in the first degree, one count of aggravated assault and one count of possession of a firearm during the commission of a felony.

He will be back in magistrate’s court Wednesday for a probable cause hearing.