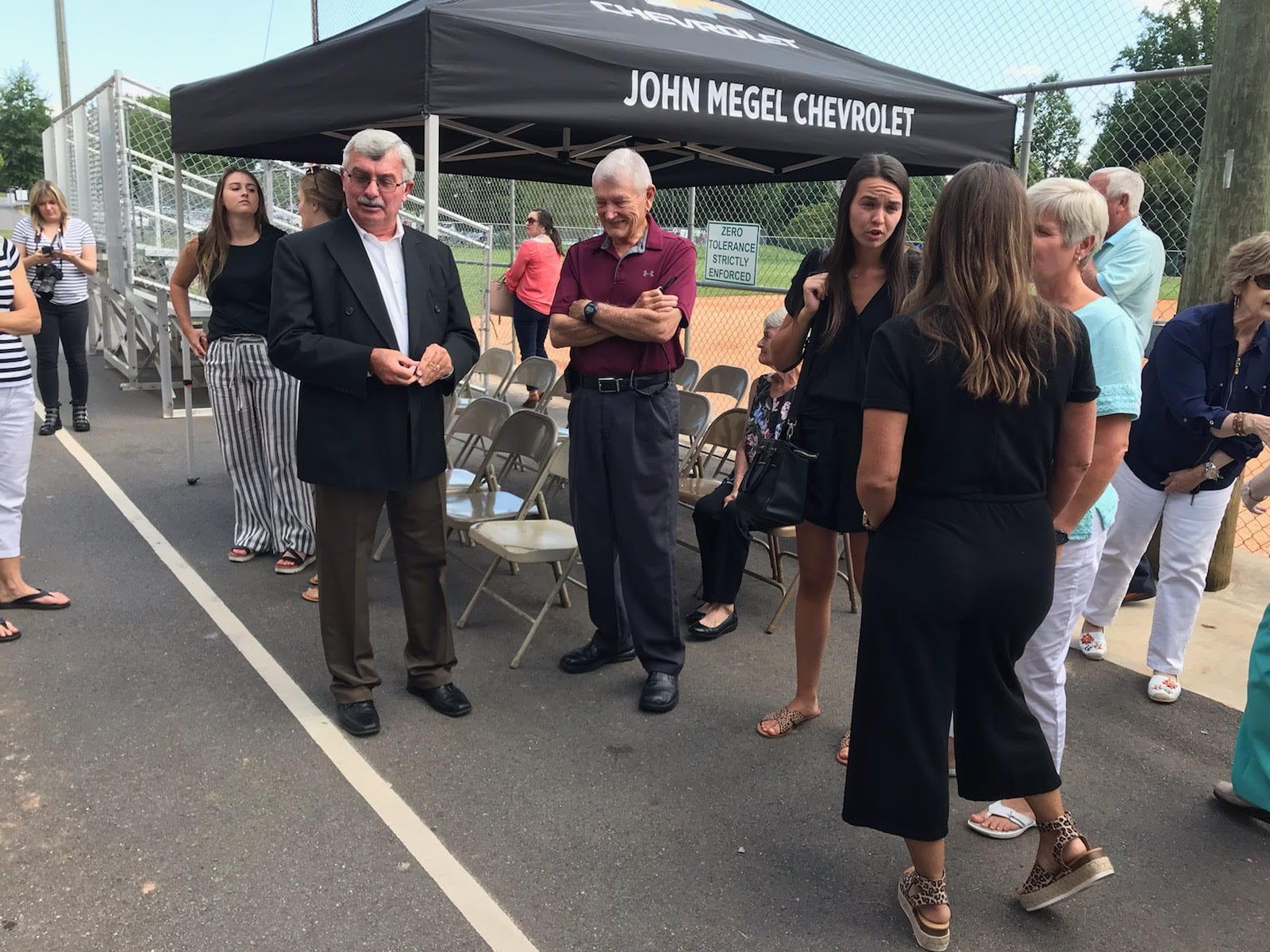 DAWSONVILLE, Ga. – Lloyd Crane’s dedication to building ballfields, a gymnasium and an overall recreation program so that every child in Dawson County would have a place to play spans three decades.  The county rewarded his effort by naming the beautifully remodeled gymnasium the Lloyd Crane Center.

The gesture moved Crane to tears as he spoke during Wednesday’s grand re-opening ceremony. The former Parks and Recreation Director had to pause several times to keep his emotions in check as he thanked those responsible. 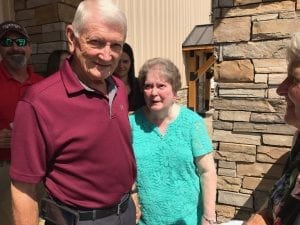 Lloyd Crane was honored Wednesday by having the newly remodeled rec center named after him.

Crane said, “I came by several weeks ago…” He was so moved by his emotions, he never finished that sentence. But when he regained his composure, he said, “I don’t know who did it originally but I appreciate it.”  As he finished speaking, he drew laughter from the crowd by saying, “Not many people get to see anything with their name on it. They have usually passed on. So, I’m really proud I can see my name on this.”

Commission Chairman Billy Thurmond, who worked with Crane for many years at the Recreation Department and Emergency Services delivered a glowing testimonial to Crane.

“We couldn’t have named this building after a finer man,” he said. Thurmond talked about how hard Crane worked at “making sure every child who wanted to play some kind of sport got that opportunity. Never did he turn anybody away. I can say beyond a shadow of a doubt everything I’ve learned about being a man and about being a good employee, I learned from him.”