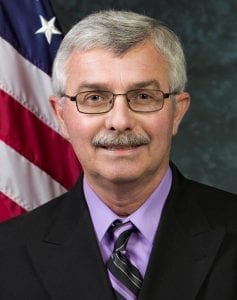 DAWSONVILLE, Ga. – Officials in Dawson and Pickens counties, who have been working to re-write a 10-year old intergovernmental agreement (IGA) in an effort to get Fire Station No. 8 in the Wildcat Community operating again, exchanged first drafts Wednesday.

The station was effectively closed earlier this month when the 13 firefighters – all volunteers – refused an order by Dawson County Fire and Emergency Services Director Danny Thompson to participate in training to help them gain state certification and turned in their resignations.

The area served by Station No. 8 is located in both counties and the two governments entered into an IGA in 2008 to facilitate purchase of the land, construction of the building, and provide for management and training. Since the mass resignation, Dawson County Commission Chairman Billy Thurmond and Pickens County Chairman Rob Jones have been working to re-negotiate the IGA.

“The meetings went very well,” Thurmond said Wednesday. “We both realize the main goal is to protect the community. To do that, we need an agreement in place that everyone can get along with.”

Dawson County received Pickens’ first draft of a new IGA Wednesday and, while there are still many issues to be negotiated, one issue that appears to be agreeable to each side is that Pickens County will assume operational control of the station.

After reviewing the draft, Thurmond said, “This is a work in progress. There probably will be more changes.” Late Wednesday, he discussed Pickens’ draft with Thompson and there were several additional areas of agreement that included, but are not limited to:

There are also a number of areas where Dawson County wants modifications to the Pickens proposal. They include, but are not limited to, how the counties will respond to situations where automatic aid is provided, who will provide radio equipment for the station, who will provide insurance and drivers for the tanker.

While Pickens County agrees to provide training, equipment and workers compensation insurance for volunteer firefighters, Dawson County wants Pickens to also provide cancer insurance for them just as it does now.

Where the Pickens proposal states that it will provide administrative support and leadership, Dawson wants it clearly spelled out that “All personnel will operate as to their level of certification as outlined by the Georgia Firefighters Standards and Training Council. The newest edition of this manual shall be in effect and the Jurisdiction having Authority shall have operational control at all emergency incidents.”

Once the two sides agree on a draft, it must be submitted to the Boards of Commissioners in both counties for final approval.