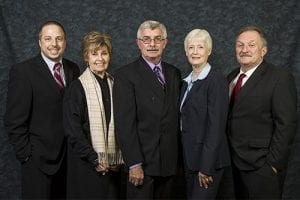 The meeting starts at 6 p.m. in the Government Center Assembly Room.

The Georgia Department of Community Affairs has approved the plan which is a guideline elected officials use to plan how the county will look in the future. Counties are required to update the plan every five years in order to be eligible to receive state grants.

But Commission Chairman Billy Thurmond indicated during last week’s session he would like to hold one more public hearing to give citizens one last chance to provide input.

Planning and Development Director Jameson Kinley and Adam Hazell, director of planning for the Georgia Mountains Regional Commission, presented the plan at that meeting and surprised commissioners by introducing something called a character map.

“If someone were to come before the county looking for a rezoning now, they would almost essentially have to fit exactly what it is on (the future land use map) versus having some options that might be available to them under the character area map,” Hazell said

Even if the Board did opt for additional public hearing, it could approve the plan Thursday and still hold the public meeting later since the plan can be revisited.

In other agenda items the Board is expected to vote on: