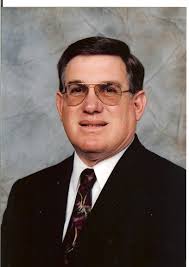 JASPER, Ga. – A press release from Pickens County could indicate a positive movement on the recent troubles and issues of Dawson County Fire Station 8.

Pickens County Commission Chairman Robert Jones and Dawson County Commission Chairman Billy Thurmond met on Wednesday the 12th to discuss the recent discrepancies involving Fire Station 8 located off Monument Road. The meeting was productive in making clear the desires and expectations of both counties. The Chairmen agreed the most crucial aspect is to provide adequate fire protection for both counties’ citizens. The two men representing their respected Boards tentatively agreed to work together to solve these discrepancies and guarantee proper service to this area. The Chairmen also tentatively agreed to begin renegotiating a new Intergovernmental Agreement that will reflect the desires of both government agencies as well as the citizens in the affected community. Chairman Jones believes the meeting was in good faith from both sides and is appreciative for Chairman Thurmond’s willingness to build constructively on the partnership between both counties. Chairman Jones is optimistic in the direction this situation has taken and believes the result will be beneficial to all involved.