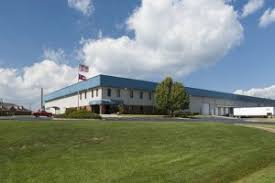 DAWSONVILLE, Ga. – The Georgia Water Coalition has released its 2018 Dirty Dozen last week — a report that lists places and practices that endanger the state’s water quality. Prominently featured on that list: Gold Creek Foods in the City of Dawsonville and Flat Creek.

The report points to the incident last March when a Gold Creek forklift driver punctured a 55-gallon barrel that contained ferric chloride which flowed into a retaining pond then into Flat Creek. The report states, “two days later, City of Dawsonville workers noticed the creek flowing bright orange and saw dozens of dead fish and traced the problem to Gold Creek Foods.”

The report also states, “The spill killed virtually all aquatic life in Flat Creek for nearly four miles. Crayfish, salamanders and fish littered the orange-tinged water of the creek as it flowed past a local elementary school and residential areas in Dawsonville. Georgia Department of Natural Resources investigators estimated that 8,262 fish perished, including 1,990 Cherokee darters.”

Flat Creek is a tributary to Shoal Creek and the Etowah River which provides about 13 percent of metro Atlanta’s drinking water, including large portions of Cherokee, Cobb and Paulding counties.

Industrial facilities in Georgia are supposed to have a plan in place to control spills and polluted runoff to prevent tragedies like that at Flat Creek. But, according to the report, the Environmental Protection Division (EPD) has only two and a half employees responsible for reviewing the stormwater plans at 2,800 facilities.

In the case of Gold Creek Foods in Dawsonville, EPD’s industrial stormwater team had not inspected the facility since 2013. Following the March spill, the inspectors found the area where ferric chloride and other chemicals were stored lacked structures to contain spills and prevent them from flowing to Flat Creek.

According to the report, “numerous complaints about pollution from Gold Creek Foods prompted regional EPD personnel to visit the facility. During one of those visits, the improper storage of chemical drums was noted and the company’s Stormwater Pollution Prevention Plan (SWPPP) was discussed. In fact, records show that water monitoring required by the SWPPP and conducted by Gold Creek Foods from 2015-2017 indicated regular violations of clean water benchmarks.”

But, EPD staff in Atlanta with the industrial stormwater team never completed a thorough review of the site. In the end, Gold Creek Foods got little more than a slap on the wrist and Georgia taxpayers were left to pay for the cleanup. The fine for the devastation the company caused to Flat Creek: $15,000!

The Department of Natural Resources personnel spent dozens of hours addressing and investigating the spill. The cost of the fish kill survey alone amounted to nearly $6,000.

“If EPD is lacking funds why would they use taxpayer dollars to clean up a mess created by someone else,” Gaines asked. “If GCF did incur some cleanup cost and with the negative PR surrounding this event hopefully lessons were learned.

“Dawson County is blessed to have so many great natural resources. It’s a tragedy that this happened. To me the EPD fine does not seem to effectively match the amount of permanent ecological damage done to the streams. In addition to the fine, all cleanup cost should have been the responsibility of the party that caused the situation in my opinion.”

When Gaines served on city council he often heard water department officials complain about the high density of “slugs” of wastewater that would kill microorganisms in the city’s wastewater treatment ponds.

“They told me they would fine (Gold Creek). But the fines were either not paid or so small it didn’t seem to be a hurdle that was curbing their behavior.”

Now a county commissioner, Gaines said the county has “reached out to the EPD and is setting up meetings to gain a better understanding of responsibilities and we stand ready to assist the city with its efforts to prevent this from happening again. We all should hope that this never happens again and that the EPD will be doing more inspections to ensure that GCF is doing everything possible to prevent situations like this from occurring again.”