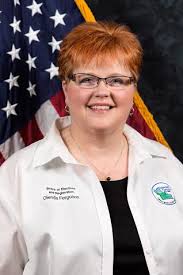 DAWSONVILLE, Ga. – Pollsters say high turnouts in Georgia’s rural counties will benefit Secretary of State Brian Kemp in his campaign against Democrat Stacey Abrams to become the state’s next governor. Early voting ended Friday and if Dawson County is a barometer, the Republican is in great shape.

Dawson County Chief Voter Registrar Glenda Ferguson reported more than 4,000 new voters have registered since the last midterm election in 2014 and 7,036 voted during the three-day, in-person advanced voting period this year, compared to only 3,264 in 2014.

The two candidates are setting fundraising records, with Kemp reporting nearly $21 million compared to Abrams. However, as of Oct. 25, Abrams had $4.2 million remaining, compared to Abrams $3.9 million. That could be a significant in a race that most say, at this point, is too close to call.