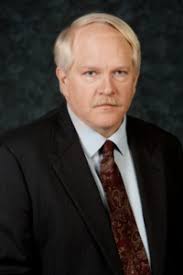 DAWSONVILLE Ga. – The Dawson County Board of Commissioners voted unanimously Thursday (July 19) to participate in a class-action lawsuit against the federal government to recover money the county is due under the Payment in Lieu of Taxes (PILOT) program.

The PILOT program allows the federal government to make payments to local governments in lieu of paying property taxes on federal lands within eligible counties.

Late last year, Kane County, Utah filed litigation against the federal government in the U.S. Court of Federal Claims seeking to recover the balance of funds created by underpayments to the counties. The court ruled those underpayments must be paid and the case was certified as a class-action lawsuit, which allows other counties that were under paid to opt into the lawsuit at no cost to the counties.

There is no cost to the county to join the lawsuit and the county could recover thousands of dollars owed to its taxpayers.

“There is no downside to and there is a good possibility the county could obtain a modest amount by way of the class action,” County Attorney Lynn Frey said last week.

The U.S. Forest Service and Corps of Engineers owns more than 9,000 acres in Dawson County and has been receiving payments under that program since 1999. In 2017, the county received a check for $21,990 and has been advised it will receive a check for $25,835 this year. Should commissioners opt into the class action lawsuit, Frey estimates the county could recover between $3,500 and $5,000.

The federal government can still appeal the court’s decision, but Frey says he has seen no indication it will do so.

In other decision, the Board of Commissioners approved: