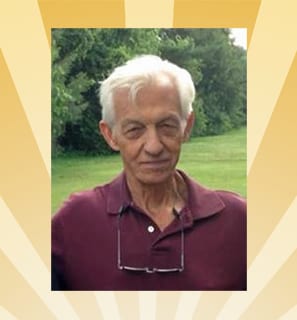 I want to share with you a visit I had with the Lord. The Lord talked to me about the great depth of sin. I want to make it clear this is a revelation from God and not from man.  I also had an angel  to visit me.  I was taken to heaven and received more revelation of sin.  I also had an open vision .I got a quick view of the last day on earth for the sinner.  I may have seen some of your family or loved ones caught out in darkness. Unless they get right with the Lord before they leave this world or the last trumpet sounds; it will be too late.

I will be sharing all of this with you.

In my own home, I watched the one that the Apostle Paul calls “the god of this world, the ruler of the darkness of evil” take over a person from the First Baptist Church in Maryland and change their face, even the color of their eyes. Their language changed before my very eyes. The evil one spoke to me and said, “ I say, you just stand accused.” For sure, I met the accuser of the brethren spoken of in Rev.12:10 “for the accuser of the brethren is now cast down.” Satan picked up this kind of authority over mankind when Adam ate from the forbidden tree.  I had two more personal visits from the evil one at that time, but I will only be sharing the first one with you in this message.  If you know the Lord, you need to hear this. It will make you a better minister and or witness.  I will be breaking this up into more than one teaching.  I don’t want you to miss any of it since it has been given to me by the Lord for you.

One night while approaching the foot of my bed, the Lord spoke to me in an audible voice. It was very loud and very clear! In fact, it was so loud and clear that this thought actually crossed my mind,” I hope He doesn’t wake my wife.” I feared God, but I also feared her. However, He had put her into a deep sleep. I knew that she could not stand my telling her again I was hearing from God. She was already reporting me to the pastor.  I was sure it was an audible voice, because of my fear of her waking up. I guess I feared her seeing me standing at the foot of the bed talking out loud to the Lord. You might be thinking, Bob, why would you be talking out loud to the Lord? Because that was the way God was talking to me. This was a two-way conversation with the Lord, and I answered Him just like I heard his voice.

The Lord asked me this question,” What killed Jesus”? I said He was crucified. The Lord said, “Yes, but what killed Him”? And I said He was hung on a cross and had nails driven thru His hands and feet. The Lord said,” Not a bone in His body was broken. That did not kill Him.” By this time, I was panic-stricken, and I realized that I was talking to the Almighty God and I didn’t have an answer. I had heard that the Jews killed Him, that the Romans killed Him and the pastor had recently preached a message that He died of a broken heart. So I said, “Lord He bled to death” And the Lord said, “He didn’t bleed to death when the spear was stuck in His side. Blood and water gushed out, so that didn’t kill Him”. I said, Lord, I don’t know.
The Lord then said to me ,“Sin.” Then He repeated the word  again, and said, “Sin, Sin killed Jesus.”

I had little, to no understanding of what He was trying to teach me. I remember trying to sleep with these words running through my head all night long: sin killed Jesus, sin killed Jesus. All the next day, and for days I kept trying to understand it all. There was no need to talk with the pastor. By now, he was trying to get me to see a Christian COUNSELOR about my claiming to hear from God.  He had been serving the Lord twenty years and had worked for Billy Graham.  I had just gotten saved. By the same token, I also knew by now that of all the things that were important to God for me to know and understand, SIN WAS IT!  And that sin killed Jesus.

My knowledge of the Lord at that time, well it was little to nothing somehow I just never got involved in church or religion in any way I remember my wife talking about God and about Jesus, and I said to her I know about God, but I don’t know anything about Jesus, and she set me down and explained Jesus to me.  I was just starting to go to the First Baptist church.  I had never been to church with my parents. We just didn’t go to church. My first time in church with them was when I was forty-one years old. It was at my oldest brother Bill’s funeral . I was a Christian then. In fact, I prayed the sinner’s prayer with my Dad and Mom before they left this world to make sure they were in.

By now I am seeking God day and night, and searching the scriptures continuously for answers as well as talking to anybody that knew the Lord, and that would listen to me.  This question from the Lord would shape my life as well as my ministry forever. I notice everything I do in ministry revolves around sin. Why and how did sin kill Jesus? I have spent much time pondering The Lord’s visit with me that night.

When God breathed His breath, His spirit into Adam, he became a living soul  [ or a soul that lives by God’s breath, God’s Spirit]

” And “so it is written, the first man Adam was made a living soul.” 1cor15:45. The Lord told Adam not to eat of the tree of the knowledge of good and evil for the day he ate he would surely die. Adam lived  930 years, but the Spirit of God that led Adam  was now dead to Him    Adam is now of the world. The wicked one would now have access to his life.”  The living soul which is your mind, will, and emotions would no longer be spiritual, pure, and holy but would now have a death sentence. Adam sinned when he disobeyed God .“The soul that sins, it shall die.” Ezek18:4b.  ” For the wages of sin is death.” Rom6:23 “He who knew no sin was made to be sin” 2cor5:21 [ He was made to be sin, so he could be killed to pay the wage that you owed. ”Yet it pleased the Lord to bruise Him; he hath put Him to grief.” Isaiah 53:10    [ Father God make the soul of His precious Son an offering for our sins ]  Oh! how He suffered!