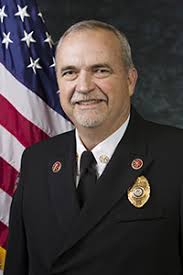 DAWSONVILLE, Ga. — Scott Allen, who qualified to run for the District 3 seat on the Dawson County Board of Commissioners, announced this week that he is no longer a candidate.

His withdrawal from the race means that Tim Satterfield, a 41-year fire service veteran, will become the District 3 commissioner in January.

Allen made the announcement on his Facebook page, stating, “I have learned the job of Dawson County Commissioner needs 100 percent of me. At this time, I am unable to dedicate that much of my time to this office. So I am officially withdrawing from the race.”

Former Sheriff Billy Carlisle announced his intentions to run for the post, but he too withdrew after learning that Satterfield entered the race.

The District 3 post is held by Jimmy Hamby, who has decided not to seek a third term in office.

Elections Superintendent Glenda Ferguson said today that Allen filed an affadavit of withdrawal early enough that his name will not appear on the election ballot.