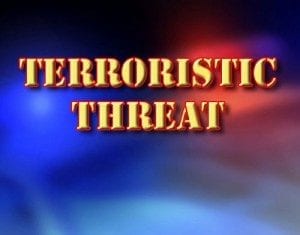 Dawson County School System Superintendent Dr. Damon Gibbs said, via a Facebook post, that officials learned of the threat and notified the Dawson County Sheriff’s Office who took the student into custody on Wednesday.

“The Dawson County School System takes all threats seriously and, as always, the safety of our students is our top priority,” Gibbs stated. “I want to thank Sheriff (Jeff) Johnson and his staff for acting quickly and handling the situation professionally.”

Gibbs said the school system will deal with the student per its code of conduct once the criminal charge has been addressed.

On the sheriff’s Facebook page, Johnson urged citizens to continue to report crime.

“We are continually encouraged to see that our students are being mature, responsible peers who are acting to report these issues. It will only be through a collective and concerted effort, that we will realize greater success,” Johnson stated.