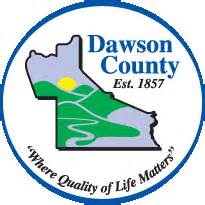 DAWSONVILLE, Ga. – A group of Big Canoe property owners are asking the Dawson County Board of Commissioners to support their effort to create the Big Canoe Water and Sewer Authority in order to purchase the assets of community’s water system.

“There is a long-term interest of Big Canoe for those assets to be acquired by a public water and sewer authority that is eligible for grants and loans and able to issue tax-free revenue bonds,” Anderson said.

Responding to a question from Commissioner Chris Gaines, Anderson said his group is not asking for any funding by Dawson County, but is simply asking commissioners to endorse enabling legislation to present to House Speaker David Ralston during the next General Assembly that would create the Big Canoe Water and Sewer Authority.

Anderson said Pickens County has already endorsed its effort. Support from both counties is needed because a portion of Big Canoe lies within each county.

The problem, Anderson said, is, “The existing distribution system is old. It is aging and needs major capital improvements. We need a cost-effective way in which to make those improvements. If Big Canoe utilities were to sell to a private utility, those capital improvements would be on the backs of the property owners and it would be very, very expensive. Whereas, if we can acquire the assets as Big Creek Water and Sewer Authority, the authority would be eligible for grants and loans and be able to issue tax-free bonds in a much more cost-effective way.”

Commissioner Sharon Fausett asked if the quality and quantity of the water is a problem.

Anderson said the water coming from Blackwell Creek, which supplies the system, is “very high quality” and the quantity is sufficient to meet the community’s anticipated needs.

“It’s just the aging distribution system that is a serious problem,” he said.

Commissioners will meet once more before breaking for the holidays and could vote on the issue at that meeting.