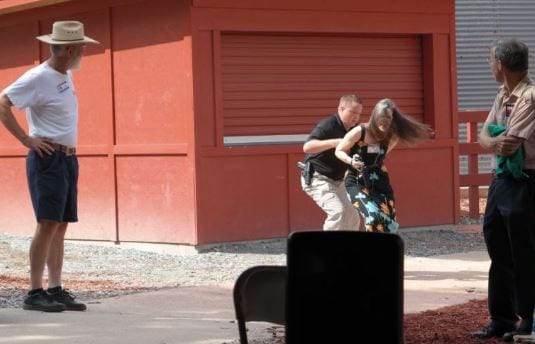 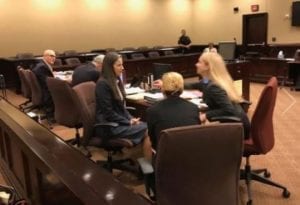 DAWSONVILLE Ga. – A Dawsonville jury found Nydia Tisdale guilty of misdemeanor obstruction of an officer, but acquitted her of felony obstruction and trespassing Monday evening.

The charges stemmed from a political rally attended by many of Georgia’s top state Republican leaders, including Governor Nathan Deal and now Senator David Perdue. The state charged that Tisdale was told on three separate occasions to stop filming the event or leave, and when former Dawson County Sheriff’s Captain Tony Wooten attempted to remove her, she elbowed him in the face and kicked him.

However, defense attorneys Bruce Harvey and Catherine Bernard argued that Tisdale had permission of the owners to the film the event, and those who ordered her to leave, including event organizer Clint Bearden, did not have the authority to do so.

The jury returned the verdict around 6 p.m. Monday. Sentencing has been set for Dec. 18 in Dawson County Superior Court.